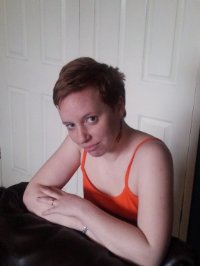 Yesterday, I had a guest blogger talk about what inspires their writing and today we hear from Ayla Page, who is a writer and an editor. You can find her Amazon profile here. She has released two books in the fantasy short story genre and is an indie author. She's just starting out as a professional editor for other indie authors and her Facebook page is here. As always, here's a short bio about Ayla.

Ayla Page was born in West Yorkshire, England on the only snowy day of the year. She moved to Bournemouth on the south coast of England, in 2007 at the age of eighteen to 'seek her fortune'. There she married and had a daughter before moving back up to Yorkshire in 2010.

Now a divorced single mother, Ayla is reading Psychology at university with her eye on a distinguished writing career and the esteemed prizes that accompany such." 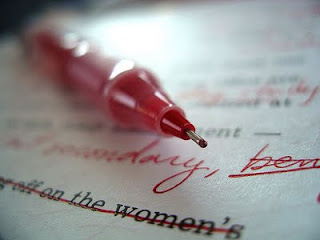 What's the first thing you do when starting to edit?
Make a cup of tea to have sat beside me! No. I read the first paragraph. I don't touch the page until I've read at least a portion. It means I can get something of a feel for the author's style, before I go ahead and work on it.

So, you've started to edit, where do you do your work?
I used to have a desk. My ex-husband made it for me out of the topside of a vivarium but it was too high and I'd lose the circulation to my feet by having to sit on them to make myself tall enough to reach it! I now sit on the couch with my laptop on my knee. It's quiet in the lounge most of the day, especially at the moment because my daughter is with her father, so I think I'll be staying put.

Now you're all comfy at your desk, how do you edit? Red pen of death? Typing? Do you read through first or edit as you go?
I did have a red pen of death. I've just made that comment to one of my clients. 'I'm off to take my red pen to your work!' It's more the comment now. I prefer to type. Maybe that's because all my red pens ran out? I edit as I go usually. I don't like to read a story twice; I run the risk of skimming the second time and missing things. Therefore I am slow, methodical and very diligent. It makes for quick work, believe it or not.

So you've red penned it to death and you're halfway through, how do you return it to your client? Piece by piece or all at once?
Currently I'm doing a series of shorts for someone. It's the first time I've sent something back in sections. Story by story I've sent her it back. With love, kisses and the hope that she likes what I've done for her!

How does your work week go? Do you do editing at a certain time, like a 9-5 job? Or do you have set times to edit and set times to write your own stuff?
My week is very samey. I get up, sort out my daughter for school, take her, come home and get straight on. I don't 'put down the pen' until the work is done or it's time to collect her from school. When she's home it's rare I can get much done so I don't work while she's up. As soon as she goes to bed, however, I'm straight back at it and I don't stop until the very early hours.
It's different when she's away, though. I don't have the break in the afternoons when she's home from school, so I work straight through from waking up and falling down the stairs for a cuppa until I simply can't keep my eyes open any longer, and plod off to bed.

How did you know you had what it takes to be an editor?
I've written since I can remember, and I've always been frighteningly fussy about spelling, grammar, the works. I was asked to beta-read a friend's book and agreed, despite not having a clue what was expected of me. I went through it 'with the red pen' and fair tore it to pieces. If she reads this, she'll be nodding. She told me I'd be a good editor, and I laughed it off, thinking she was just complimenting me 'cos she's a nice person. Until I was told similar things by other people. In which case I started to take them seriously.

What's your favourite part of editing?
Probably the praise I get at the end! I'm always very concerned I won't do a satisfactory job, so when they tell me they're happy, I'm delighted!

On the writing side of things, do you edit your own work?
After a fashion. I can't stand to end a sentence unless it's perfect and I'd be happy, as a reader, to read it. I go through several times to check for typos and the like, but I do think it's actually impossible to properly edit your own work. I think you're too familiar with it and will skim over parts because of this. This creates the potential of missing things out.

How long have you been an editor?
On and off for the past six years, but only recently as a main means of income

Which do you prefer? Writing or Editing?
Writing. Hands down. It came first in the grand scheme of things. However, I think that'll be getting put on the back burner now; the editing will do more for me and it means I can earn more at the same time as helping out other authors.

Do you prefer editing long novels or short stories?
Short stories! The feeling of 'done and dusted' comes sooner!
Although it really does depend on the writer's style. I edit novels sometimes where it takes me less time than to edit short stories simply because of the writing style.

Check out Ayla Page on Facebook if you're looking for an editor, she's having a special on prices at the moment!

If you're interested in being a guest blogger then check out this post or email Joey at bugbooks@virginmedia.com with your idea.
Posted by Joey Paul at 15:14

Email ThisBlogThis!Share to TwitterShare to FacebookShare to Pinterest
Labels: editing, friends of Joey, other writers, promotion, the after process, the creative process