Links, Guest Posts and other updates 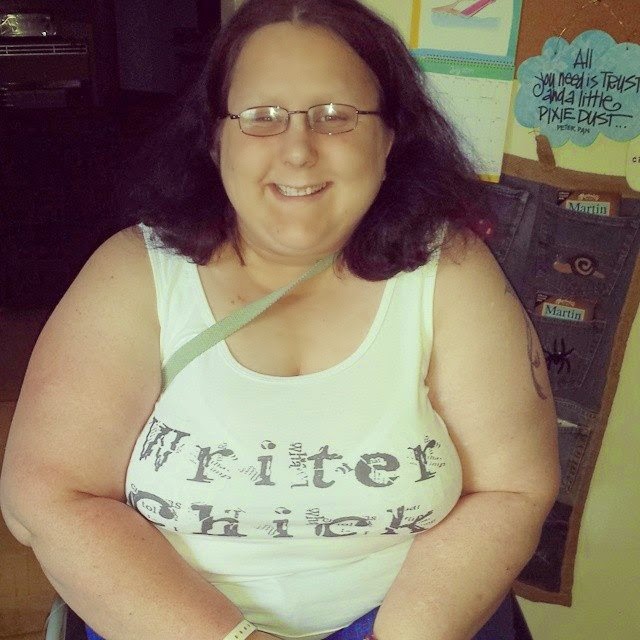 Since I've been doing a lot of writing (just one chapter left to write of book twelve!) and going through the drug trial (half way now!) I realised that there have been a lot of guest blog posts and such that I haven't brought to your attention, unless you're following my Facebook and if not, why not?! So, to make it easier, here's a list of all that's happened since April/May time!

I did a guest blog piece for the wonderful, Brenda Perlin entitled "Writing The Dying Thoughts Series" which can be found here.

I also did a piece about called "Writing Whilst Disabled", for the ever lovely Laurie Boris found here.

I was also lucky enough to be part of Angie Martin's "Feature Friday", where I let Tara take the keyboard and write her own piece. This can be found below:

Hi everybody, my name is Joey Paul and I'm an indie author. I have published six books, and almost finished writing my eleventh and twelfth ones. Normally when I do these kinds of pieces, I write about myself, but I figured you've all heard enough about me, so here's an introduction to my favourite, longest-running character - Tara Leverton. Before I hand her the keyboard, I'd just like to explain that she's the main character in my Dying Thoughts Series. She'll tell you the rest.

Hi! I'm Tara and I'm not used to these kinds of things so you'll have to excuse me if I ramble a bit. I'm sixteen and although Joey's further along in my story than the rest of you, I'll do my best not to spoil you.

You see, I never thought that anyone would want to write a single book about me, let alone a series of more than three! I wondered whether Joey would do my story justice or if she'd just get bored and stop writing (which she has done at times), but mostly she's stuck with me and my world. You may be wondering what's so important and awesome about me that someone would want to write a whole series about my life? Yeah, I would've wondered the same thing too.

I have a... well... umm... gift. I see the last moments of someone's life when I touch something that used to belong to them. I know, I know, it's dumb, right? It's also super annoying and for the first nine years of being, well, gifted, I didn't know why it had happened or what it meant and my dad wasn't exactly forthcoming about it all. You may have heard of my dad, he was a big pop star when I was a kid. His name is Colin Leverton. If you've heard of him, you'll know what happened to my mum too. But if not, here's a little catch-up.

When I was six and oblivious to all things supernatural, and my mum was alive, we all lived happily together. Anyway, it turned out that Mum had the same gift as me. She'd gotten it from her grandmother when she died and she ended up working with the police to solve crimes. Cool, huh? I knew nothing about this though, and then things got a little, well, shitty. Dad was stalked by a crazed fan, who believed that I was really her daughter (I told you she was nuts) and she ended up stabbing my mum. Mum died, Siobhan (the stalker) was sent away and locked up, and then it was just Dad and me. He retired from the music business and devoted his life to making sure I was safe, loved and cared for. I don't really think he knew in the beginning that my mother's death had triggered the ability she'd passed on to me. I don't know for sure if he was even aware that I used to touch stuff on her dresser so that I could see her again (as well as her gruesome death, but for me that didn't really matter).

Yeah, I was messed up. I'd never really been one who was in touch with her feelings, and even now, a decade later, my father still gets teary eyed when we talk about Mum. I think when he realised I had the same gift, that's when his over-protectiveness came into play. See, when I'm having visions, to an onlooker it looks like I'm having a seizure and I often got dragged to the hospital where I was under the care of this really cool doctor. He knew I wasn't faking, despite what other people were saying, but there was nothing physically wrong with me. I didn't have epilepsy and I didn't know anything about my gift at that point, so I was just as confused as everyone else. I didn't tell them what I saw (for obvious reasons) and I never really confronted my dad although I know that on some level, he must (well he *did*), know what was actually happening to me.

Enter my best friend, Kaolin! When I got caught up in solving her father's murder and then got questioned by a police officer who I'm now really good friends with, Dad came clean and told me that yeah, he'd known what it was and that he'd only been trying to "protect" me. He said it was what my mum would have wanted. I was beyond pissed because he'd outright lied to me! He'd let me believe I was nuts! I mean, wouldn't you have felt the same way? I was so very very angry with him and it took me a while to forgive him for that.

Life moves on though, and the outcome of it all was that I got to follow in my mum's footprints and start using my gift to help people. That's pretty cool, and it means my life became interesting enough to be written about. So yeah, that's me, Tara, and that's why I have books written about me. Thanks for reading, I have to go and get on with a case coz... oops... I said no spoilers, so I'll leave it there!

*Joey takes back the keyboard*

You can read about Tara's adventures in the Dying Thoughts Series starting with Dying Thoughts - First Touch. They can be found on Amazon, Smashwords, iBook, Kobo, Barnes & Noble and many other e-book stores. You can also follow me on my blog or on Facebook and join in the fun as we count down to my seventh release and beyond!

I was also asked to write about the moment I knew I had "made it" as an author, Jenny Milchman, which can also be found below.

I was nineteen when I was diagnosed with both M.E and Fibromyalgia, on top of a few other chronic conditions, and I was in a wheelchair by the time I was twenty. I'd been told that I would probably never work again when I was medically retired from working life. Faced with a life of doing nothing, I turned to something I had loved as a teenager – writing - and with that, a career was born.

By the time I had two books under my belt, I started to approach traditional publishers and told myself that to "make it" I would have to have my book on someone else's bookshelf, that the only way to do that was to be published by one of the big names. I sent off my second book and got rejection after rejection. Sometimes, slipped in with the standard letters, were notes telling me that they loved my book, that it showed great promise, but that they were unable to publish it at that time.

It wasn't until 2005 when I was going through even more medical problems that I told myself it was okay to start looking elsewhere. So I decided to self-publish through AuthorHouse and got to see my book, Blackout, in print. It was the best moment of my life at that point. However, I didn't see it ever going past that. I couldn't afford to continue to pay AuthorHouse and although I continued to write, and had nearly completed five books, I felt disheartened as I got back into the sending off my book, receiving rejection letter cycle.

Fast forward to 2011, when I realised that with the rise of e-books and places such as Amazon and Smashwords, I would be able to turn my writing into something more. My dream was to see my books being read by other people, and after re-publishing Blackout, I started to release the next few books under the label "Bug Books". It was a full time job being an indie author. I had to do a lot of networking and a lot of it was an uphill struggle, but it was worth it.

Today, I have six books available to buy and my seventh book is due out in July. I am working on both my eleventh and twelfth books and have the next two planned. I employ an editor and an artist for the cover designs and I'm doing something I like with my life. I feel like I'm living the dream, because although it wasn't the path I had expected to go down - both in life and in career - I'm so happy doing it. I love creating, I love writing. I love thinking up new ways to fulfil plots and I love being an indie author. My dream was to see my books being read and I've more than accomplished it!

Now onto more updates! I have announced that WAITING ON YOU will be released on JULY 26TH on Amazon Kindle exclusively! There is an event on Facebook where you stand to win a host of prizes including copies of other young adult books, mostly those within the romance genre, as well as swag and Amazon giftcards!

On top of that DYING THOUGHTS - THIRD WISH is now available from Smashwords and will be trickling down to the other sites soon!

In other news, I have added the Ask The Author tab on my Goodreads profile, so be sure to go over there if you fancy asking me anything!

And that's it! I have some writing to do, and new projects to start soon! I hope to be announcing more fun things soon, so watch this space!