Interview with Azalea Dabill & Review of Falcon Heart: Chronicle I 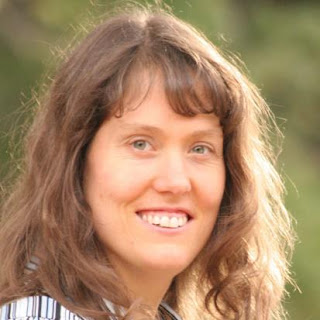 I'm delighted to be joined on the blog today by Fantasy author, Azelea Dabill for both an interview and my review of her book - Falcon Heart: Chronicle I. Here's a little about Azelea.

Azalea Dabill enjoys growing things, bookstores, and hiking and hunting the wild. Never finding enough fantasy with threads of romance and mystery, she writes young adult and historical fantasy. Enter breathtaking worlds of adventure, treachery, and renown where many pursue quests, from peasant to king. Join Azalea on her next enchanting journey at www.azaleadabill.com, from a desperate first daughter to the last dragon, from our world to another, and from mortal to immortal.

Crossover: Find the Eternal, the Adventure! Azalea also took writing for her Associate of Science and devoured how-to books from James Scott Bell to Sol Stein. A member of the Christian Proofreaders and Editors Network (the Christian PEN), she holds an editing certificate from the American Copy Editors Society. Mythic fantasy has always held a special place in her heart - for it unfolds a universe of meaning, not to mention expanding the delight of the reader. She assists traditional and self-published authors with developing their characters, plot, and the structure of their stories. For as you know well, words hold so much power.

What kind of books do you read for pleasure?
I love Anna Thayer’s The Knight of Eldaran trilogy; Lisa Bergrin’s River of Time series; Patrick Carr’s Shock of Night; most of Robin McKinley’s books, like The Blue Sword; Elizabeth Moon’s Deed of Paksenarrion; Rachel Neumeier’s Griffin Mage trilogy; Holly Bennet’s The Bonemender;  and Sherwood Smith’s Crown Duel. These are my favorite kinds of fantasy adventure, but I’ll read any moderately clean, good story, including CJ Cherryh’s The Pride of Chanur, Patricia Malone’s Legend of Lady Ilena, Rebecca Tingle’s The Edge on the Sword, EJ Fisch’s Ronan (space fantasy), Victoria Hanley’s The Seer and the Sword, and more recently, Timothy Zahn’s Dragon and Thief, a great Dragonback Sci-fi series.

What are you offering that is different from other historical and YA fantasy writers?
Well, I actually create stories similar to Lisa Bergrin’s River of Time series, Stephen Lawhead’s King Raven trilogy, and Melanie Dickerson’s The Golden Braid. Historical and YA fantasy are my genres of choice, and the only thing I can think of that I’m offering differently right now is the Falcon Chronicle Adventure Guide Journal, which you can discover more about in another post of Joey’s. [link my blog post on your site] It’s an inner journey guide to becoming a strong, compassionate person by following the adventurous heroine of my first novel, Falcon Heart.

What attracted you to your chosen genre?
The sense of mystery, of discovering other peoples, places, and times—from Kathy Tyer’s Shivering World to Anne Elizabeth Stengl’s A Branch of Silver, a Branch of Gold.

What kind of writer are you: plan or not?
I pantsed Falcon Heart and the sequel Falcon Flight, but the rest of the Falcon Chronicle series I planned, and am planning. Number four, Falcon Dagger, is in the works.

Do you have a writing playlist? Or do you prefer silence?
It depends on what story I’m writing. I wrote Falcon Heart to a lot of Jeff Johnson and Brian Dunning’s Celtic music and Enya, Falcon Flight to the Thirteenth Warrior soundtrack etc., and my current work on Falcon Dagger to the Eragon soundtrack and others. Sometimes I also have to work in quiet.

If you had the chance to write anywhere, where would you choose?
I’d go to Europe and find a nook in one of the old castles and soak in the ambience of the scents, sounds, and let my imagination come alive. (With what is lacking since the Middle Ages have passed. Thick forests, wolves and brigands, chivalry, and other things.)

Do you have any hobbies?
Yes. I walk in the country for prayer time, my sanity, and outdoor beauty. I also enjoy my garden, look forward to hunting in fall, and of course I read every chance I get.

Would you ever like to branch out to a different genre?
Yes, in a way, though I always come back to fantasy subgenres, such as historical. My next novel after the Falcon Chronicle series will be pure fantasy about a runaway princess, a lost sword, a prince, a prophet, a sorceress—and a world different than any of them thought it would be. 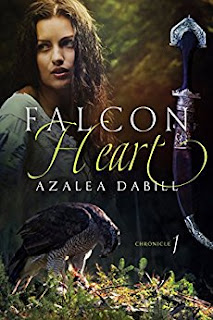 A band of slavers murder stronghold daughter Kyrin Cieri's mother in medieval Britannia. Forced by the slavers to sail for Araby with an exiled warrior from the East and a peasant girl closer than blood, Kyrin learns the unarmed art of Subak from her husband-in-name to protect her from the raiders of the sands and the secrets of the caliph's court.

A strange dagger pursues her through tiger-haunted dreams, while the caliph's coils tighten.

Can Kyrin survive her enemies within and without until she overcomes the sword that took her mother and exacts justice? Trapped by intrigue between a slave she does not want to kill, her friends' destinies and her own life, Kyrin will fall into darkness with the tiger or journey beyond ...

To keep her friends from a fate worse than death, Kyrin Cieri, keeper of the keys, takes up justice against hate and a dagger against her master's blade. She will save her companions - if she can pay the price that the secret of the falcon dagger demands.
Amazon

My Review 4 stars
This book is well-written, starting the story of Kryin with her mother and the danger that follows. I'd not read from this author before and I have to say she has a unique way of writing that I found interesting. I did find it a little hard to get into, but none the less, the book was good and an intriguing tale of Kryin and the people she meets along the way of her journey. The story itself has many twists and turns focusing more on the Master of all things in regards to Kryin's beliefs, but glad I finished it and stuck with it.