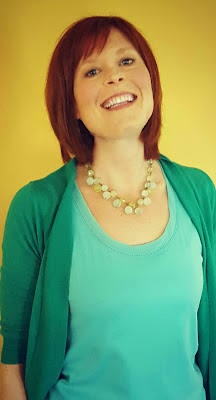 I am delighted to be joined on the blog today by author, Jessica Bayliss. I've interviewed her and also done a review of her latest book, Broken Chords. Here's a little about Jessica:


Jessica Bayliss is a clinical psychologist by day and a writer all the time. She has been a lover ghost tales and horror since her days scanning VHS rental shelves—admittedly with eyes half-averted from the gory covers. She also loves to eat, cook, and exercise—in that order—and is a firm believer that coffee makes the world a better place.

Her YA horror novella, BROKEN CHORDS, comes out next week (October 9th, Leap Books Press)! Look for her upcoming release, TEN AFTER CLOSING (Sky Pony Press, spring 2018). For more information about Jessica and about PsychWRITE, her series of courses and workshops for writers, visit: www.JessicaBaylissWrites.com.

And now the interview:

What made you want to be a writer?
I love this question because I have no idea. I just know I want to. It’s not logical—I have an entirely different career—but it is exactly what I need to be doing. For a while, that bothered me. How would I explain to friends, family, colleagues why I’m choosing to spend my time this way. But, I don’t worry about it anymore. There’s something wonderful about being at a point of your life where you can say: Because I WANT to.

What kind of writer are you: plan or not?
All right (rubs hands together in glee); now we’re getting into the tough questions. Okay, maybe I enjoy the banter between plotters and pantsers a little too much. I’m an unapologetic plotter. I didn’t start out that way. My first two books were totally pantsed. Then, while I was still revising those two pantsed books (they took a huge amount of time because…well…I pantsed them), I had an idea for my third book. I actually outlined that one so the idea wouldn’t fall through one of the holes in my sieve of a brain. Then, NaNoWriMo came, and I decided to try to ‘win’ with my outlined book #3. Not only did I win, I wrote an 80K word MS in a month. Mind blown. Game changer. Now, I’ll never go back.

How does your average writing time go?
I work full time as a clinical psychologist, so I have to guard my writing time with my very life. If I could set up booby traps around my writing time, I would. But I won’t because I have no idea how I’d even do that. Basically, I write before work as many days as I can manage to drag my butt out of bed. I also write as much of Saturday and Sunday as I can, though I am sure to leave time for family and friends. If I didn’t, I’m pretty confident I’d be the recipient of many bitter emails and a myriad of saucy insults. But Mondays—ah, sweet, sweet Mondays—are my Writing Work Day. I work Saturdays at my first career, so I’m off on Mondays, and I work hard to have as little to do as possible on my WWD so I can get as much writing in as possible. Lucky for me, I’m good at getting my butt in the chair and focusing once I do.

What book/character of yours is your favourite?
Oh boy, that’s a hard question.
I am a weird author in that I don’t find the writing process to be torture in any way, shape, or form. (For a while I thought that meant I was doing it wrong.) I love everything I’ve ever written. Sigh. But, I’m sure I can think of some favorites… Well, my favorite short story is called CARE OF THE UNDEAD DOG, and it appears in an anthology called ZOMBIE CHUNKS. Yeah, you read that right. The book is called ZOMBIE CHUNKS, and it has a truly fabulous cover. I love the story so much because it’s a silly horror. Totally gross, cheeky, and ridiculous all rolled into one undead package. (Can you say ‘zombie pug?’)
As for favorite character, I’m torn between the female MCs of my two upcoming books: Winny from TEN AFTER CLOSING and Lenny from BROKEN CHORDS. (And I’m realizing I like to end female names with the letter y… hmm, I wonder if that’s a pattern.) Both are strong and resourceful, though Winny has a bit of a journey before she realizes that about herself. Both face their fears, though Lenny requires a literal demon to threaten her very existence to finally take those first steps. As for the books, TEN AFTER is a contemporary hostage thriller and BROKEN CHORDS is a horror, so they’re very different, but I’m in love with them both for the same reason: they’re packed with tons of delicious tension, plenty of swoony romance, and kick-ass (can I say ass? I hope so.) female leads.

Would you ever like to branch out to a different genre?
I actually have. I spent the first several years of my writing life basically working on whatever the heck I felt like. I had no pressures and I really didn’t know what I’d like, so it was my own personal experiment. As a result, I’ve written: 2 middle grades (one horror and one a portal fantasy); 3 adult books (a contemporary romance, a paranormal/UF, and one is a mashup—a paranormal romantic detective thriller); and 6 YA (three thrillers, two horror, and one detective thriller with magical realism).

What does your writing space look like?
I attached a pic of it (which features my dog, Rollie, as well). 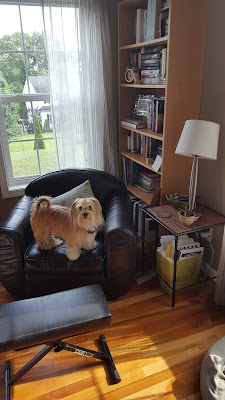 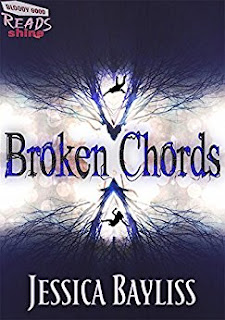 They rip, they tear, they FEED, and you never come back again.

Here’s how last year’s Gypsy Cob Music Festival should have gone. Lenora “Lenny” Ragno was supposed to rock her duet with her long-time crush, Jeb, during the open-mic competition. Then, swept up in the glow of success, he’d finally kiss her. Instead, Lenny choked on stage and spent the whole year dodging him online. And avoiding playing her fiddle in public. She thought her worst nightmare was behind her, but she was way wrong.

Now, she’s back at Gypsy Cob where avoiding a public performance is about as impossible as hiding from Jeb. She thinks facing him will be the scariest part of the festival, but when one of their friends talks everyone into trying astral projection, Lenny catches the eye of a demonic entity that marks her as its own.

Now, whenever it wants, the demon can pluck Lenny from her reality and transport her to a hellish between-world, haunted by its countless, gruesome victims. If she doesn’t want to become one of them, she must discover the nature of the demon’s hold on her and remove it. But how can she defeat a literal demon when she can’t even get over her personal ones?
Amazon

My review: 5 Stars
A quick, short, read, but a great book. When faced with the prospect of seeing her friends again, and reconnecting with the boy she insulted the year before, Lenny is more than happy to join in and avoid Jeb. After an idea from a friend about trying astral projection, Lenny is faced with fears she didn't even know she had. The book is both terrifying and thrilling as you follow along the journey with Lenny and Jeb. I loved it, and was so glad I picked it up at this time of year. A quick read for me, but altogether an amazing book. Loved it!

Join Joey here on the blog on Fridays for interviews, reviews and guest bloggers. If you'd be interested in doing any of those, you can contact Joey here.
Posted by Joey Paul at 09:03