Review of The Nocere by Hearth Carson 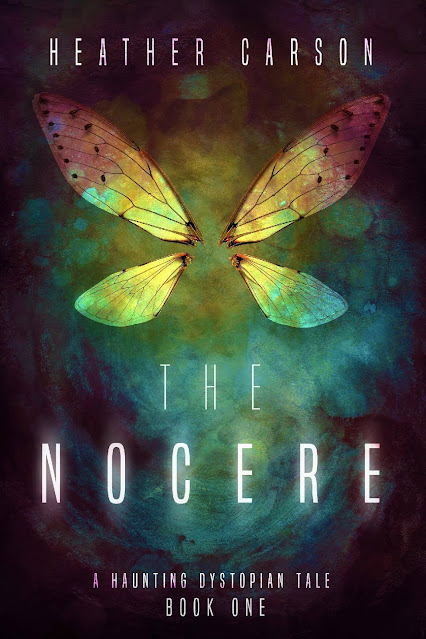 A Dystopian future, a world forgotten, a twisted eternal paradise...

After portals were built to access the spirit realm, humans abandoned the world to escape their earthly existence. All that remains for the few living souls left behind is a haunting reminder of life forgotten. The realm is a magical place where rules are scarce and vices are plenty.

Fawn was born an orphan and forced into years of indentured servitude within the realm. She has seen the dark side of humanity, but her job at The Nocere requires her to serve a new kind of evil. As events unfold that push her toward her destiny, she must face the monsters of her past to save the ones she loves.

My Review: 5 STARS
I picked this up because the second book caught my eye and I wanted to read  the series in order, and holy moly, was I in for a serious ride! The world has portals allowing you to escape to the afterlife and move in between worlds. Fawn and her friends are contracted by the mafia because they were abandoned as kids to grow up in an emptying world. I adored this book from the first page and as it moved on, I was hooked. The characters were engaging and lifelike, the world building amazingly done, and overall a hell of a good book. I can’t wait to read the second! Highly recommended!

Join Joey here on the blog on Fridays for interviews, reviews and guest bloggers. If you'd be interested in doing any of those, you can contact Joey here.
Posted by Joey Paul at 05:19

Email ThisBlogThis!Share to TwitterShare to FacebookShare to Pinterest
Labels: a book a cat and a cup of tea!, author's life, indie author, new books, other writers, reading, review, writer's life