Interview with Shakyra Dunn and review of Magic 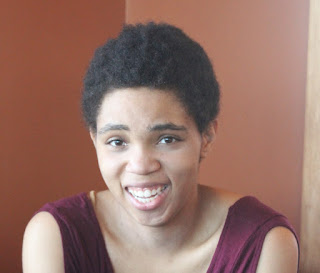 I am delighted to be joined by Shakyra Dunn today on the blog. She's a fellow indie author and I'm going to be including a review of her book: Magic. Here's a little about Shakyra!

Shakyra Dunn can't stray away from the impression that there is always an adventure around every corner! When she isn’t playing the role of the Creator, she is marching through the worlds of her favorite video game characters or taking drives around her city to see the sights. Born in Chicago, Illinois, she currently resides in Cedar Rapids, Iowa, striving to experience more than the little town.


And onto the interview!

What made you want to be a writer?
When I was a child, I used to create stories on my mom’s desktop as well as form adventure stories with my younger cousin using our dolls. We never settled for house, we always had to go the extra mile. That thirst for adventure translated later into my budding love for video games, particularly RPGs. At fourteen, I uncovered my old stories in a box clamored with notebooks and sat for an hour reading them. I spontaneously decided to try writing again now that I had more knowledge under my belt, and since then, I’ve been addicted to this silly idea of becoming a novelist. I don’t regret it in the least.

What book/character of yours is your favourite?
The character that I love the most to date has to be Solus Brenner, one of the main characters in my upcoming novel “The Final Lesson.” He is the attendant and best friend to the prince of Adrylis, Remiel. Gentle and kind, he acts as the sword in his master’s plight, but becomes to shield to their new ally Leilana as well. Despite his nature, there is still an air of mystery looming around him that has yet to be uprooted.

If you had the chance to write anywhere, where would you choose?
Anywhere? I wouldn’t mind being able to sit in a café in Italy! The atmosphere always looks so serene. It’s a dream to be able to visit someday.

Do you have a writing playlist? Or do you prefer silence?
I can’t write without music—silence starts to drive me mad after a while. I can’t even work at my job without listening to music.

Do you have any hobbies?
Besides writing? I’m a big fan of video games! I love anything with a good story and memorable characters. I also love to travel, but I can’t achieve much of that until I have more money saved up. I also like cleaning, weirdly, because it puts my mind at ease.

What's your favourite kind of scene to write?
My favorite scenes to write definitely have to be action scenes or scenes that involve any form of character development. Action scenes are very fast-paced in my mind, so to see battles being drawn out please me. There’s no true limitation. In contrast, I am a big supporter of characters that can carry a plot forward, so I try to share as much as possible about each character that I create.

Would you ever like to branch out to a different genre?
I actually wouldn’t mind trying my hand at other genres, even if fantasy is home. I’ve written some short sequences for a supernatural themed story before that I plan to rework and release someday, and I also have a New Adult novel that leans more towards comedy with elements of drama. So branching out wouldn’t be too bad of an idea someday. 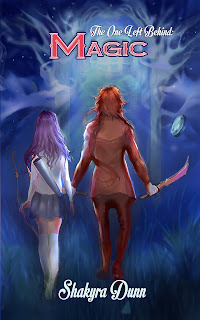 Frayle searches through time for a way to save his best friend.

After witnessing Relek Paladere's murder, the rogue Frayle is thrust twenty years into the past and meets Nova Avery, a Time-Jumper. She wanders the thin lines of fragmented memories and sends Frayle through the windows of the Phantasm. Together, they seek to save his friend, and unearth the mystery of the Guardians heading his world and the origin of one known only as the Creator.
Amazon

My review: 4 stars
The synopsis of this book pulled me in and I was glad to read it. I'm not one for fantasy usually but in the last few weeks have started to branch out into the genre. The book starts with the death of Relek and Frayle's journey begins to undo that death and to once again be reunited with his friend. Along the way you meet a host of delightful characters, including Nova who sticks close to Frayle and guides him through the past and the life of a Time-Jumper. I loved the book and found myself losing hours as I sat down to read. My only reason for the 4 stars rather than 5 was it took me a while to get into it in the beginning, but once I did, I was on for the ride! Recommend to those who love a good fantasy and mysterious story!

Email ThisBlogThis!Share to TwitterShare to FacebookShare to Pinterest
Labels: a book a cat and a cup of tea!, author's life, indie author, interview, review, writer's life