Review of Carry Me Home by Jessica Therrin 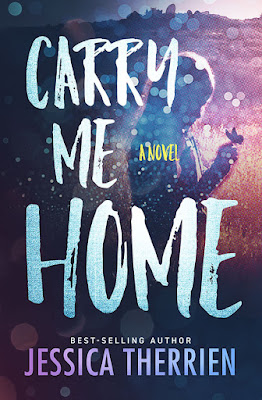 CARRY ME HOME is a fictional novel inspired by the true story of a teenage girl’s involvement in several Mexican gangs in San Jose and Los Angeles. The members of her crew call her, Guera, Spanish for “white girl” and it doesn’t take long for her to get lost in their world of guns and drugs.
* * *
Lucy and Ruth are country girls from a broken home. When they move to the city with their mother, leaving behind their family ranch and dead-beat father, Lucy unravels.
They run to their grandparents’ place, a trailer park mobile home in the barrio of San Jose. Lucy’s barrio friends have changed since her last visit. They’ve joined a gang called VC. They teach her to fight, to shank, to beat a person unconscious and play with guns. When things get too heavy, and lives are at stake, the three girls head for LA seeking a better life.
But trouble always follows Lucy. She befriends the wrong people, members of another gang, and every bad choice she makes drags the family into her dangerous world.
Told from three points of view, the story follows Lucy down the rabbit hole, along with her mother and sister as they sacrifice dreams and happiness, friendships and futures. Love is waiting for all of them in LA, but pursuing a life without Lucy could mean losing her forever.
Ultimately it’s their bond with each other that holds them together, in a true test of love, loss and survival.
Amazon

My review: 5 stars
I was very happy to read this book, the blurb sounded intriguing and I wanted to see where the story would take me. Told from three different POV's, you're taken on a journey between a mother and her two teenage daughters. The characters were likeable and well-developed, and the story pulled at my heart. Watching Lucy spiral kept me wanting to read to find out what happened next. The book was well-written and I loved it.