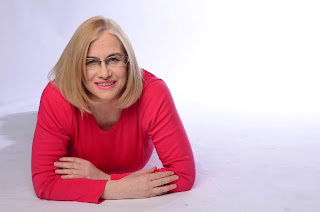 Hi Guys, thank you to Joey Paul for letting me make this post. I am Dawn Bolton. I live in Knowle in a restored pub near the canal with my husband and two mischievous Birman cats who rule the house.

I love swimming, skiing and yoga/bodybalance. I love plants and particularly succulents.

I base many of my novels on cases and facts I read about during teaching law in HE. One of my novels Escape from fear was based on the stalking and murder of our secretary in the university where I worked.

I would like to introduce you to my romantic suspense/crime series Men of valour, women of steel under the name of Toni Bolton. If you like stories about ex-military men who solve crimes and have to work hard to earn the love of their feisty independent ladies, this series is for you. These are intense, dark romances with adventures and spice.

I also write historical romances under the name of Alexie Bolton. My inspiration was my history degree. Georgette Heyer inspired me to write the series Dreda’s men. Her Duke of Avon in ‘These old shades,’ is similar to my cynical detached Officer Francis Dreda in ‘The Spymaster’s redeemer’ who ruthlessly enforces the law in his civil war-torn state by the threat of imprisonment and the noose. He is blind-sided by a beautiful and defiant rebel’s daughter who he tries to save from the noose when he believes she has aided the rebels. The series is about the militia men who operate in a State security bureau after the Napoleonic war. Their ladies, are no ‘milk and water misses.’ They can shoot and fence and are a match for these ruthless ex-army men.

My Facebook page is Dawn Bolton’s author page at dawnpbolton@facebook.

Alexie Bolton’s books
The Spymaster’s redeemer
Love and the Law a romantic western in the anthology Streetlamps and starlight, edited by Tiffany Carby and Kathia Iblis, available now on Amazon and raising money for the American Cat Protection Society/
The Militia man’s lady

Toni Bolton’s books, series, Men of valour, women of steel.
Escape from fear, book one
Whisper softly or you’re dead, book two.
Saving baby Grace, to be released 7th of July as a stand-alone novel but originally in the anthology Hey you, I think I love you edited by Cree Nations and Liberty Parker

Join Joey here on the blog on Fridays for interviews, reviews and guest bloggers. If you'd be interested in doing any of those, you can contact Joey here.
Posted by Joey Paul at 09:21

Email ThisBlogThis!Share to TwitterShare to FacebookShare to Pinterest
Labels: a book a cat and a cup of tea!, author's life, guest blogger, indie author, other writers, research, writer's life