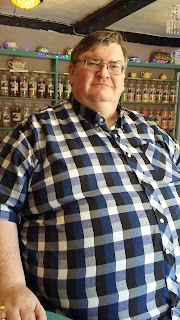 I am delighted to be welcoming Tony Millington to the blog today for both an interview and review of his book - Unsilent Grief. Here's a little about Tony:

Tony was born in Warrington Cheshire in 1967, but moved to Rutland in 1981 with his family. Attending Uppingham Community College, Rutland sixth form and later attending Stamford College.

He has done various jobs, including a lifeguard, white van man, and temp work but working at RAF Wyton as a civil servant for the MOD for many years was his most loved career sadly ending in redundancy due to all the cuts to the civil service. He married his wife in 1996 and his son was born a year later. They live in Cambridgeshire UK. with two mad cats. His son attending University at present.

Tony has always wanted to write a book and this is his first, deciding he really needed to do it as he had time on his hands. His second book is with his publisher now. And he is working on book 3.

How long have you been writing?
I have been writing, book wise, for about 2 -3 years. The first ideas which would become the basis for Unsilent Grief were in my mind for a couple of months before I put anything down on paper. Unsilent Grief took about a year from start to finish. My second book, Friends Close Enemies Closer (at publisher at time of writing) took about 9 months.  Previously I had written a little in the early 1990’s providing the local newspaper with sports reports, from the cricket team I has playing for Barrowden and Wakerly, and the Uppingham and District Pool League  which I was secretary of.

Do you write in the genre you love to read?
Yes. Always have loved TV crime programmes from C.S.I , Criminal Minds, Morse and many more. I followed that into my reading and writing

Do you have any favourite authors to read?
I started reading about 25 years ago with a book from Alan Folsom, The Day After Tomorrow. From there I read a lot of James Patterson especially the Alex Cross series. I have all the James Childs Reacher books.  Others I have really enjoyed are Tony Forder, Ross Greenwood, Tara Lyons, Malcolm Hollingdrake, KA Richardson and David McCaffrey.

Are you an organised writer or not?
Not really.

Do you like editing or is it something you loathe?
I don’t mind editing. My spelling lets me down so editing as I am writing is ok. Plus ideas come into my head as I am editing and I can add bits to the story as I am going along without a complete re-write of a section.

What's your favourite social media? And why?
Facebook.  Since starting writing I have been in contact and spoken to some great authors, bloggers and readers.  Each with the own story to tell, and extremely helpful in providing useful information for new and up and coming authors.

Do you do character profiles? If so, why/why not?
I have just started doing this. I am writing my third book in the Watson and Monteith series so keeping a note of things which the characters have done in the first two books is becoming a necessity. Also It allows me to bring back some characters who have previously appeared in those books and may have unfinished business.

How would you describe your writing process?
I am defiantly a pantser. Most of the time, I never know what I am going to write when I sit down at my laptop. As other authors have said they let the characters tell the story. I have woken up with two characters having a conversation in my head. I put it straight onto my laptop and fitted it into the book when I felt it was needed. 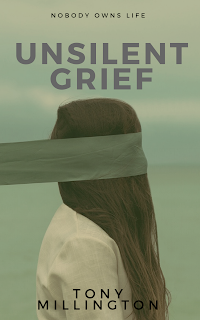 A man is murdered in a pub carpark.
DS Watson and Monteith are finding it difficult to catch a killer.
Three more bodies are found.
The two detectives are on a roller-coaster ride to find out if they are all connected and why.
The Unsilent Grief of one man spirals into murder and mayhem.
Amazon
My Review: 4 stars
I picked this up as an interesting twist on crime novels. The author was a new one to me, and I was pretty much pulled into the story from the first page. The idea itself, that one man in his grief could cause so much death and destruction appealed to me. However, the lack of research - UK officers having weapons for a start - pulled me out of the story. I very much enjoyed the book and the story told, and read it in one sitting. I look forward to seeing more from this author. A solid four star read.

Join Joey here on the blog on Fridays for interviews, reviews and guest bloggers. If you'd be interested in doing any of those, you can contact Joey here.
Posted by Joey Paul at 09:11