Review of Daughter Of Kronos by Tamar Solan 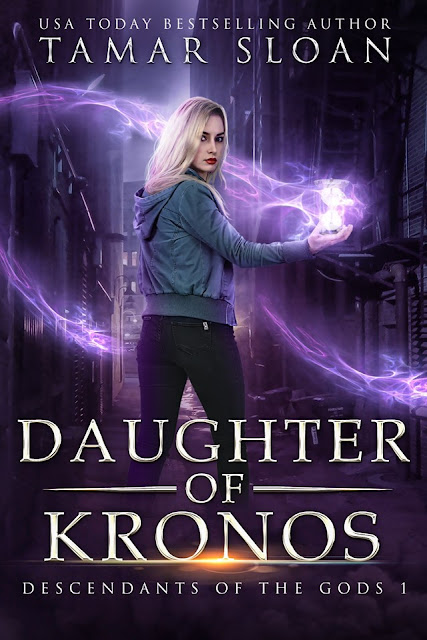 She has the power to stop time. Will she lose him if she restarts it?
There’s only one thing Kadence has ever wanted—to leave the painful life she’s been forced to endure, and join her father in Olympus. When Kronos comes to her with a mission, Kadence seizes the opportunity to use her demigod powers to earn the right to go to him.

All she has to do is figure out who’s messing with people’s timelines. Good people are dying before they should, others are living beyond their allocated minutes. But as fates are irrevocably changed and darkness appears at every turn, Kadence finds herself wondering—is the world even worth saving?

Her only ray of hope is Micah, a guy with no past or family. Mysterious, philosophical, and confidently optimistic, Micah shows Kadence that for any light to be seen, darkness must be present. For the first time, love has Kadence doing something she’d never imagined…believing.
It’s when her world of demigod responsibilities collides with the darkness she’s fighting that Kadence must make a choice. Does she still want to go to Olympus if it means leaving Micah behind?

And when the unthinkable happens—how will she use her powers?

Because Kadence has the ability to stop time. It’s whether she wants to restart it that will become the question.
Amazon

My Review: 5 stars
I picked this up thinking it would be an amazing read and it was, I was hooked from the first page and read it all in one sitting, no matter how late it got, I had to know more! Kadence is a demigod and all she sees around her is the bad stuff growing bigger and bigger, tasked with helping out just a little, she moves on her mission and finds herself finding a little light in the form of Micah. The characters are well written, I adored Kadence and the way she grew and changed but also stayed somewhat the same. The ending killed me and I have to know more! I will be eagerly awaiting the second book! Highly recommended!

Join Joey here on the blog on Fridays for interviews, reviews and guest bloggers. If you'd be interested in doing any of those, you can contact Joey here.
Posted by Joey Paul at 05:05