Review of Breaking The Barriers by BB Swann 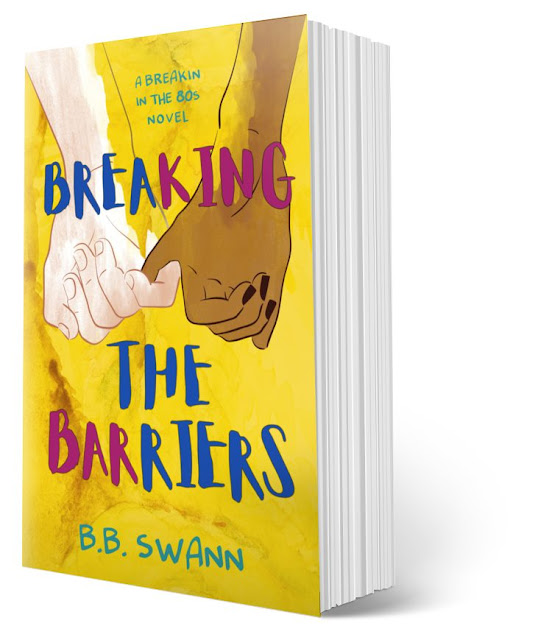 It’s 1986 and high school seniors Mike Ryan and Cindy Wilson have a secret totally bigger than Who Shot J.R.—their hidden relationship. According to her mama, Cindy can’t date until she’s out of college or one hundred, whichever comes first. Mike longs for an end to the secrecy and thinks everyone will accept them. Really, they’re in love, how hard can it be?
But to Cindy, family is everything. She’ll do anything to protect her ailing father from the stress caused by the prejudice toward her interracial relationship with Mike. Afraid of losing Mike, Cindy compromises and agrees to reveal their relationship at school. The resulting negative reactions from some of their peers only add to the strain.
Things turn frenzied quicker than Gremlins in the kitchen after midnight. Social tension, jealousy, and rumors of an unwanted pregnancy threaten to destroy everything. Even Mike’s mother voices concern that he isn’t ready for the stress of dating a girl like Cindy. And one terrible confrontation between Mike and Cindy’s twin brother triggers her greatest fear—her father’s illness turns critical.
They struggle to overcome the barriers erected by their families and peers. Desperate to convince everyone he’s right for her, Mike makes an act of supreme sacrifice that could save their relationship, and a life. But it just might cost him his own.
Amazon

My Review:5 STARS
I picked this up because of the cover and the blurb, and I adored the book. I loved the way Swann created a vibrant world with the dual POV. A lovely love story that has you on the edge of your seat as you wait to see if things are going to end happily. I laughed, I cried, and I was right there with Mike and Cindy as they went through the curveballs life throws at them. Highly recommended.
Join Joey here on the blog on Fridays for interviews, reviews and guest bloggers. If you'd be interested in doing any of those, you can contact Joey here.
Posted by Joey Paul at 06:19

Email ThisBlogThis!Share to TwitterShare to FacebookShare to Pinterest
Labels: a book a cat and a cup of tea!, author's life, review, writer's life