Interview with Kelsey Clifton & review of Fire And Lightning, Ash And Stone 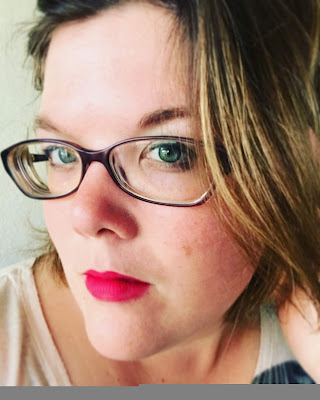 I'm delighted to be welcoming Kelsey Clifton to my blog for both an interview and my review of her book - Fire And Lightning, Ash And Stone. Here's a little about Kelsey!

Kelsey Clifton is a science fiction and fantasy writer who hoards books the way dragons hoard gold (seriously, it’s becoming a problem). She lives in Houston with the bossy cat from her websites and too many succulents.

Do you have a set routine for writing?
I'm generally a morning writer, so my routine involves either making coffee and planting myself at my desk, or heading out to a local coffee shop. I sound like the stereotypical millennial writer, but I really do find that it helps me focus on the task at hand. Coffee shops are my office space, so when I sit down I automatically think, "Okay, time to get to work." This routine is so ingrained in me that even when I finish projects, I find myself wanting to go anyway.

What's your favourite tip for newbie writers?
Unless you're writing for academia, any "writing rules" you come across are like the pirate's code: More what you'd call guidelines than actual rules. Spend some time learning the guidelines and why they're considered the norm, and then do whatever best serves the story. At the end of the day, there's only what works and what doesn't work.

What was your experience writing your first book?
As cringy as it is to think about, the experience of writing my first book laid the foundations for the writer I would be one day: Dedicated, meticulous, and ready to push conventions. None of the fulfilment and joy that I've experienced these last ten years would have been possible without it.

Do you have a favourite place to write outside of your usual space?
Indie coffee shops! Nothing against chains, but there's just something about local places, the quirkier the better.

Which genre is your favourite to write in?
Fantasy by far. Every sub-genre is just bursting with wonderful possibilities, like a sparkly little glitter bomb. You can be as inventive as you want, and as long as you end up with something coherent, there are no rules. I also personally believe that every story would benefit from at least 20% more dragons.

Which social media do you enjoy using the most?
Honestly, tumblr. Not only has it expanded my platform far beyond what I expected, it allows me to be a little more myself. When I start a Facebook or Twitter post, I'll start with something bland like "Hey everyone, here's a little update," etc. But on tumblr, I can start a post with "WHAT'S UP GOBLINS, here's what ya girl's been up to."

How old were you when you were first ready to start publishing?
There are two answers to this question: I was 19 or 20 when I first believed myself to be ready, and 28 when I was actually ready. At 20 I had exactly one (1) shiny new manuscript that I was desperate to show off, even when I was wildly wrong about which genre it belonged in. At 28 I had seven under my belt, including the one that became my first published book, A Day Out of Time. At this point, I had been through the querying song and dance for so many years that I was completely burned out on it. When a friend suggested self-publishing, I was finally in a good place to actually listen. Within a month of our conversation, A Day Out of Time was live on Amazon.

Do you keep good reviews and reader comments?
I don't keep them, but I do read all my reviews, even though it's generally considered inadvisable. For me, the response has been overwhelmingly positive, so those reviews make me feel warm and fuzzy inside. Negative reviews do happen, but I have enough confidence in my writing to look at those and shrug. If my writing was for absolutely everyone, it would be the blandest garbage ever printed.

Paperback or ebook? And why?
I love and cherish any version of a book. Nothing beats the feel of a paperback in my hand, and I love giving a used book a new home. At the same time, I love how affordable ebooks can be, and I dig the convenience of carrying a massive digital library around.

Where do you see yourself, and your writing, in ten years?
I'd love to dive deeper into sci-fi and fantasy territory, especially when it means blurring the lines between sub-genres. I've got a hard drive full of current and future projects, so ideally I see myself with ten more books in print, heaps of praise and positive reviews, and a couple of indie awards!

But no matter what happens - wild success, abject failure, or something in-between - I see myself continuing to write. It's the only thing, in fact, that I can imagine doing for the rest of my life. 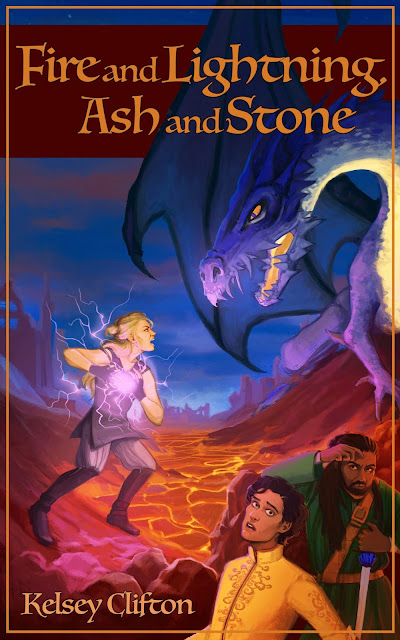 This isn't the way the stories are supposed to go.
Jaelin and Aldwin have heard legends of the Grey Princess their entire lives. When it comes time for his first heroic quest, Jaelin naturally chooses her rescue - but the princess from Aldwin’s stories is a pale imitation of the sorceress that they find at the top of a lonely mountain tower.
Known across the realms as the Grey Princess, Liana has been the subject of stories and songs for over two centuries. Every bard and historian thinks they know the truth, but the reality of Liana's power - and the secrets she has hidden under layers of stone - is something that no one is prepared for. And Liana herself is hardly prepared for two adventurers to show up on her doorstep with a doozy of a quest…and the key to undoing a choice she made many years ago.
Can a bratty lordling, a witty librarian, and an irritable sorceress bumble their way through an enchanted forest, survive the ruins of a haunted city, and defeat a centuries-old dragon with only a few hours of planning?
The better question is, can anyone stop them?
Amazon

My Review: 5 STARS
I picked this up because the story sounded intriguing the cover caught my eye. I was happy to dive in and ended up reading the whole book in one sitting. Once I started, I couldn't help but be drawn into the story with Jae, Aldwin and the Grey Princess, I was along for the ride wherever it took me! The story was beautifully told, I loved the chronic illness rep, and I adored the characters, all of them! It was a delightful read and one I recommend!

Join Joey here on the blog on Fridays for interviews, reviews and guest bloggers. If you'd be interested in doing any of those, you can contact Joey here.
Posted by Joey Paul at 05:16

Email ThisBlogThis!Share to TwitterShare to FacebookShare to Pinterest
Labels: a book a cat and a cup of tea!, author's life, indie author, interview, review, writer's life