The Trials Of A Crime Writer: Moving Towards Mystery 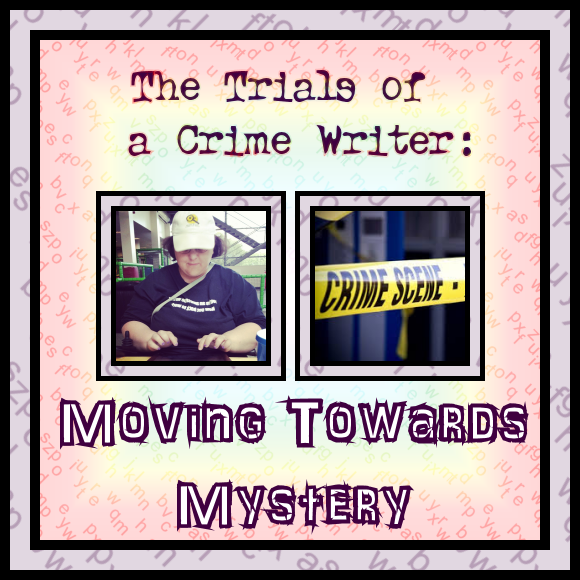 THE TRIALS OF A CRIME WRITER: MOVING TOWARDS MYSTERY

If there's one thing I love about being a crime writer, it's that I get to weave mysteries through my stories and leave the readers all trying to put together the clues of where, when, who and why. It's always been something that attracted me to the genre both as a reader and a writer, and it's something that I think will always appeal to me. But I will say that I'm being drawn more to telling mysteries these days than I am to telling crime, and I wanted to talk about it.

I know that the two genres are more intermingled and sometimes it's hard to tell them apart, they usually go hand in hand if something is a crime novel, it's gotta have a hint of mystery to it, right? Not so. If you're aware of who the killer is, or even have a POV from their perspective, then it's simply crime. The mystery genre falls into place when you, the characters, have no idea who's behind it all. I think crime is also more associated with police procedural plots too, but since I've only ever written one of those really, I am much more of a mystery writer, with some crime elements in it.

But why the change? Why not just hover between the two as I've been doing for the past, almost fifteen years? Simple, my stories have changed in the way the ideas come to me. Having just finished my first thriller, and having also branched out into the popular genre of paranormal/mystery I feel like a lot of my ideas are taking me in that direction. Now, I won't stop being a crime writer, or a crime reader, but I will go where my characters, and my stories take me.

I have fallen in love with so many characters over the years, I have learned to adore them, to write their stories and to tell them in their own voices, and that's never going to change. I have so many books awaiting their turn to be written, and just as many who are still in first draft finished status, and I know that over the years I will branch out into other genres, and will write different stories, while my heart has always loved mysteries and in a way crime too, I do want to start to tell more mystery focused books.

Now this doesn't change anything per se, I'll still be delving into what it's like as a crime writer, as I know that it's an area that I don't think I would ever fully turn away from, and I have thoughts and opinions on matters in the reading and writing of crime. So don't panic, I will still be doing these pieces from time to time, and I will still answer questions about crime writing, but it's time I acknowledged that I adore mysteries and always have, always will. I have loved writing dystopian, have branched out into Urban Fantasy and am adoring where that series is going, but at the end of the day, I am and always will be a mystery writer.

And there's nothing wrong with that, it just where the mysteries take me that control which genre they fall into. I didn't really know what I'd say in this post, so didn't plan it out like I do my usual ones, but I think that's all I have to say on the matter, as always, questions and the like, leave them down below!
Follow Joey here on her blog, or on Facebook or Tumblr to be kept up to date with the latest news regarding Joey and her books
Posted by Joey Paul at 06:30

Email ThisBlogThis!Share to TwitterShare to FacebookShare to Pinterest
Labels: a book a cat and a cup of tea!, author's life, indie author, joey writes, the trials of a crime writer, writer's life