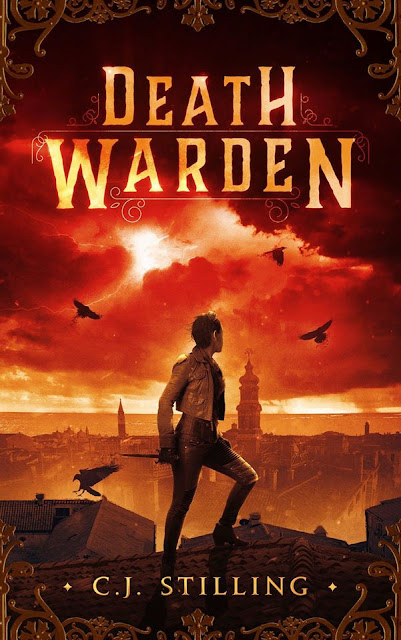 A teenage assassin. An impossible choice. The fate of everything hangs in the balance…


Sixteen-year-old Reen swore she’d never take another life. Divinely selected to assassinate a few in order to save many, she learned to jump from shadow to shadow and claim her victims without question… until she was ordered to kill the boy she loved. But when an ancient plague returns threatening to infect everyone she knows, she is forced to resume her deadly duties.

Battling a disease that turns people into nightmarish monsters, Reen must track down and terminate those responsible before the city falls, and the evil spreads beyond its borders. But the closer she gets to the source, the more she uncovers sinister secrets that will shake the foundations of her world and everything she believes.

Can Reen defend her realm without losing her soul?
Amazon


My Review: 5 STARS
I picked this up because of both the cover and the blurb. I went into it knowing that it would be an interesting read and I wasn't disappointed. Reen was an amazing character and as the story moved from past to present, you got a very rounded view of what had brought her to that point in her life. Chosen to be a death warden, forced to kill even though she doesn't want to, Reen is given a choice when she finally finds a way to end the visions, a tale of life, loss, love and more, and an overwhelmingly brilliantly crafted story. I very much recommend it!

Join Joey here on the blog on Fridays for interviews, reviews and guest bloggers. If you'd be interested in doing any of those, you can contact Joey here.
Posted by Joey Paul at 04:45