Review of Shifters And Secrets by RL Medina 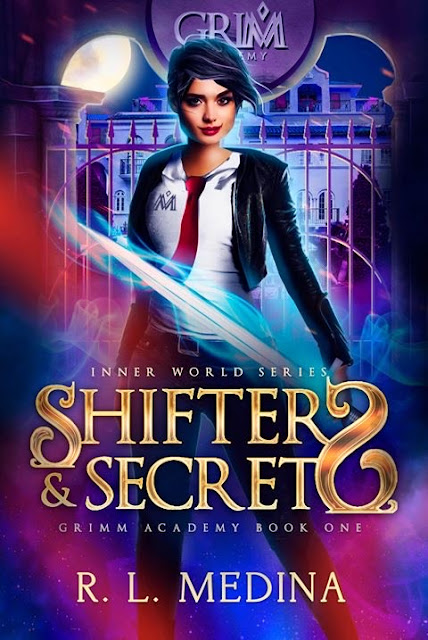 Senior year was supposed to be the best part of high school. I planned to skate by and figure out what I wanted to do with my life— but the universe decided for me.

I was promised to some evil witch coven before I was even born. Thanks, Mom. To make it worse, I develop the ‘sight’, which is the snooty way of saying I can see things normal humans can’t. Like my dad’s ex-employee turning into some freakish jaguar-man. Trust me, you don’t want to see what I’ve seen.

As if that wasn’t bad enough, I’m orphaned and forced to live with my only remaining relatives. A filthy rich family of monster hunters a.k.a. GRIMM, determined to add me to their ranks.

Now, I’m forced to attend their academy filled with the wealthiest and elitist pieces of sh** in Malibu. None more arrogant than Grayson Chapman— a real stickler for rules, that one, but le dang does he look good in uniform.

I promised my cousin a year. With all their stupid policies and grueling training, I’m not sure I can make it a day. They say not all have what it takes to be a GRIMM, but all those with the sight must serve. It’s my duty, they tell me.

Except I don’t do what I’m told.

The academy wants a soldier…
I’ll give them a rebellion.

I picked up this book because of the blurb and cover. I’ve already pre-ordered the second because once I got into the world I couldn’t leave it there, I had to know more about Rose, about the world around her, about the GRIMM and all that went along with it. The story had me hooked from the first chapter and I was desperate  to know more and find out what was going to happen to her at this new school, with all these people who’d grown up in this world. I adore the storyline where someone suddenly has new found abilities, and this one didn’t disappoint in that respect, and that ending has made me desperate to read the second book ASAP! Overall, a great read and one I recommend!