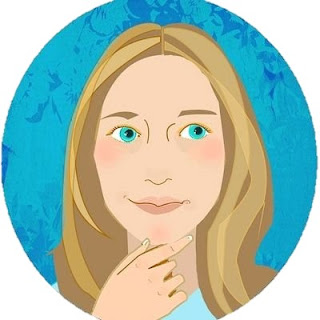 Up until the beta reading stage, all writing is private. And, after the heartache and exhaustion of drafting and revising, we’d like nothing more than to be finally published. But none of the steps in either traditional or self publishing can be done yet: we must first go through the beta reading process.

After a while of re-reading your book, you know the story so well that you can no longer look at it objectively. A beta reader is someone you ask to read your book to give feedback from a potential reader’s perspective. They offer a fresh point of view, and give you a rough idea of whether or not your book is even ready to be published. Additionally, sharing ideas with them will build meaningful relationships, and so you’ll have additional support, maybe so much that they might become part of your launch team. But even before all this, stories need quantitative and qualitative feedback, and beta readers can give both. This stage cannot be skipped.

My novel was a YA science fiction dystopian novel set in a futuristic England. So, right from the get-go I knew I needed certain perspectives: people who live/d in England; physics and chemistry experts to double-check technology; SFF readers; and teenagers. I also wanted to ask people who had supported me during the whole process, including teachers and relatives, to read, so I added them in my list of betas as well. Without knowing it I had just chosen a wide range of people, and based on their later feedback I pinpointed my target readers.

But before sending the email to ask if they could be my beta readers, I had to be clear on how it was going to work, so to both be sure they gave me the feedback on what I wanted them to, and to respect their time. Something I did was deciding to send them everything during summer vacation since most of them were teachers and students who had a few months of break. Then came the decision on what medium to use: I settled on surveymonkey, where I could send our questionnaires that I would link to at the end of each chapter.

I began making identical surveys for each chapter, all cluttered with questions. However, it’s better to keep them short and focus questions on potential negatives: readers aren’t here to compliment you. My questions at the end of each chapter were:

In addition to these, every five chapters I asked if they were invested in the story so far. On the end-of-book questionnaire, I went a bit more in-depth:

When I sent out the emails, I made it a point to specify to keep an eye out for characters and plot.

Once I sent out the emails, most people I asked agreed to read. And so, came the gruelling process of sending out my manuscript, leaving it with them for two months, and then receiving feedback.

The first big mistake I made was I didn’t suggest the survey to everyone. I was hesitant to be assertive in how I wanted feedback, and so I told them they could respond on surveymonkey, write directly on the word documents, or message me privately. Though I had good intentions with this, the result wasn’t so great. As well as the obvious multi-platform disorganization, some people even responded on two or more platforms, confounding results as it seemed there was more unity in feedback than what actually was. Many people also gave their feedback in late, which contributed to the general chaos that was trying to understand the feedback. I greatly recommend anyone in this stage to only have one place for the feedback, and to enforce a specific deadline. It’s good to be flexible and understanding, but so is not having additional stress that could’ve been prevented.

Now, a bit of tough love: nobody will care about your book as much as you do, so you have to grow some thick skin and accept that there will be criticism. People are usually reading because they care about you, not necessarily your story. This was proven for me when out of the people who agreed to read, I only received responses from half of them. But that was enough.

Responses ranged from people who asked insightful and provocative questions about my plot, to one person only saying “this is boring”. But everything helps, and even though it was frustrating to go through vague responses, I tried to remember that people who were beta reading for me were doing a huge favor. It took a bit, but I finally ‘gave up’ and made it a point to be more flexible with time and being okay if things didn’t always go along my schedule. However, there were good reasons: I had to change the entire science section of the book to be based off physics instead of chemistry; plot holes surfaced; there were some character traits I cleared up. And none of it would’ve been possible without these dedicated people. I owe them everything.

All this was an arduous process, and it made me realize just how bad I am in receiving criticism: I still am. But, after a lot of research and a conversation with my mom, I like to think I improved. I’ll more fully describe how to deal with criticism in another article, so make sure to check our my website, www.luciabrucoli.com, if you’re interested in that! In a nutshell, my main issues were taking everything too personally, and letting my pride get in way. I dealt with the former by recognizing that when people criticized the story, they weren’t criticizing me as a person. Of course I am fully responsible for everything I say in the story, but we are still separate entities. This helped resolving the latter, when I realized that it wasn’t a competition, and people wouldn’t think less of me if I corrected my mistakes.

No matter which process you use, always remember that you will make mistakes: it’s a natural part of writing and life, and it’s nothing to be ashamed of. Just remember that after the heartache and all the hours of work you put in, it’ll be worth it because you’re doing what you love.

Email ThisBlogThis!Share to TwitterShare to FacebookShare to Pinterest
Labels: a book a cat and a cup of tea!, author's life, guest blogger, indie author, other writers, reading, writer's life