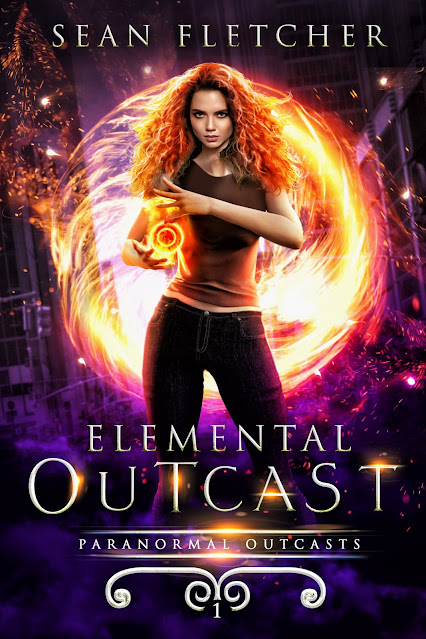 In this paranormal world, her death is just the beginning…

All I wanted for my seventeenth birthday was a fun night out. But when a knife-wielding psycho attacks my best friend, of course I try to stop him.

Take it from me, a knife through the heart isn’t all it’s cracked up to be.

Apparently, neither is death.

Instead of pearly gates, I wake up alive and ensnared in a witch’s curse with twelve paranormals known as the Outcasts—including the inhumanly beautiful, totally-hates-my-guts vampire Jasper. Supposedly, an ancient prophecy says the thirteenth Outcast will be the one to break our curse.

That means me. Lucky number thirteen.

Between attempting to control my unstable new magic, figuring out what the deal is with broody Jasper, and learning more about the Outcast’s prophecy, it becomes clear that I’m a target. A dangerous paranormal knows about my connection to the prophecy and wants me dead. Only this time, dead means dead.

There’s only one thing to do: I’ve got a destiny to fulfill.

Having read books by this author before, I picked this one up because of the cover and blurb, diving right in and knowing I was in for a hell of a ride. It was engaging front he first page, and had me hooked by the second chapter. The plot was well thought out, the world building beautifully done, and the story woven through the words. I was cheering Reily on, and hoping that she and the other outcasts would be able to win, and I was on the edge of my seat during the climax. That ending almost killed me, I’m desperate for the second book to come out now!