Beta & Alpha Readers - The After Process 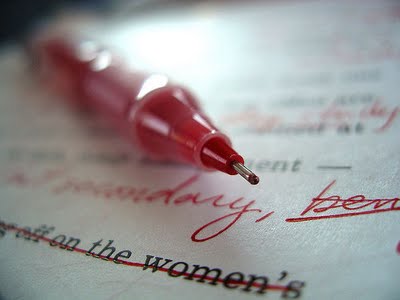 I've talked about beta readers before, but that was a very long time ago, and I wanted to delve into the topic again with fresh eyes. So you've written a book, and whether you're going the traditional route or the indie route, you're going to want to have some feedback after revision, or before, or whatnot, and you're going to want it to be people whose opinions you can trust. This is where beta and alpha readers come in.

A lot of the time, people in the indie space only really talk about beta readers, or critique partners, and while an alpha reader can be a CP, there is a difference between the alpha and beta kind. As the names kinda suggest, the alpha reader comes first, and the beta readers will come after, but what's the difference between the two? Glad you asked because I'm gonna give you a beak down!

ALPHA READERS
-> These are usually someone close to the writer, a loved one, a partner, a good friend, who reads the book as it's being written, before it's finished and before any kind of revision has been done. This is where it has some similarities with the CP because they'll do the same, but an alpha reader isn't always another writer. It might just be someone who wants to support the author, and/or likes the kind of fiction they're writing.

-> While, because of the closeness to the writer, you can't always assume that their feedback will be as honest as it needs to be, it's a perfectly valid way of sharing your work before you start to revise it. I've used both alpha and CP's at this stage, and while I don't use alpha's anymore, they can be useful for getting that initial impact of where the story is going. Remember that as a planster it can be a way for me to pick up on any themes or threads that I've missed, giving me a chance to make notes for revisions later down the line.

-> Alpha readers are not considered a necessary part of the publishing process. Unlike CPs, they're not really something that every single writer does, but that doesn't mean that you can't use them. If you're just starting out as a writer or an author, it can be a way to work out if you're going in the right direction. While I wouldn't recommend you use them instead of a CP or betas, they can be used in conjunction with them, and it's a great way to share the buzz with your friends and family.

BETA READERS
-> Beta readers are readers within your target audience who read the work after completion and some revision, and offer feedback on the work itself. They can point out things like typos, but their main concentration is on whether the pacing works, that the story flows, any plot holes and the like that they've picked up on. There are usually a wide circle of betas, and you usually go through more than one round with them, using different betas each time to make sure you get a clear picture of what needs work and any changes made.

-> They are usually recruited by the author, whether that's other writers, or friends and family, is up to the author, but the main difference here is that there are many of them. Their feedback will allow the author to go back and make changes before going into a new round, with new betas, and seeing if the fixes make things work. Their feedback, because they're removed from the author, is usually a lot more honest, and genuine critique. While you might get the odd one or two who don't want to say anything bad, they're not always that helpful when you're asking for what doesn't work.

-> Beta readers are, usually, readers first and while you may, as I said, get some who are also writers, the distinction is that they are readers of that genre and category and have read other works, know the tropes and the like and approach the matter as a reader and not as a writer.

-> Betas are, depending on who you ask, considered a necessary part of the publishing process, especially if you're indie. They are the people who'll you go to before you start the professional edit. The process of going through round after round varies from book to book, but it's very much something that's needed along the way.

So there we go, the differences between beta and alpha readers. Like I said, I've used both, but I generally use CPs now rather than alpha readers, and I do, personally, think the beta reading process is necessary before the professional edit.

What are you thoughts? Lemme know in the comments below!

Email ThisBlogThis!Share to TwitterShare to FacebookShare to Pinterest
Labels: a book a cat and a cup of tea!, author's life, indie author, Joey Paul, joey writes, the after process, writer's life, writing goals