Review of Girl In The Snow by Nicole Adrianne 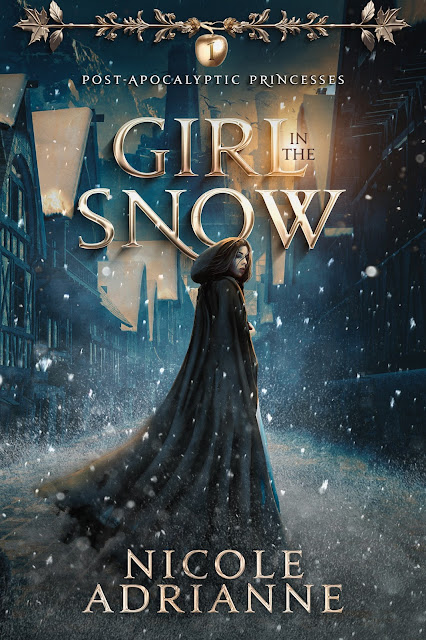 No electricity, no phones, and a broken princess to blame. Winter in the Seven Kingdoms just got colder...

After being promised in marriage to a smug, stuck-up stranger, Eira thought she couldn't get any angrier. Now, she's on the run, and the entire kingdom is convinced that she built an EMP device and destroyed their power grid.

With Eira's best friend, infuriating fiancé, and the entire Royal Guard on her tail, staying hidden in a tiny village seems like her best—and only—option. But, as Eira uncovers a series of long-hidden truths about the Queen and late King, hiding from her destiny becomes nearly impossible.

Will Eira's evidence be enough to convince the kingdom of her innocence, or will it be just enough to get her executed?

I picked this up because of both the cover and the blurb and was hooked from the first page. I’d been a little concerned about the tropes that seemed to pop up, but they ended up being subverted and made for an enjoyable read. I loved Eria and Slater, and all the other characters, adored the way the story wove its way through many twists and turns and came about to an ending that I completely wasn’t expecting, and yet adored! It was the perfect dystopian read and I ended up finishing it all in one sitting. Will have to keep an eye out for the next in the series. Overall, very much recommended!