Interview with A. P. Bateman and Review of Shadows Of Good Friday 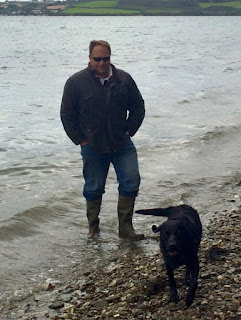 I am delighted to be welcoming fellow #DarkerSideOfFiction2017 author, A.P. Bateman to my blog today for both an interview and a review of his latest novel Shadows Of Good Friday. Here's a bit about the man behind the stories.

A P Bateman is an Amazon #1 best selling author. Three of his novels have reached the # 1 slots in Amazon's paid top 100 categories.

A P Bateman has previously worked as a private investigator and trained and worked in close protection with ex-military, police and special forces. Having trained on US SWAT ranges in the past with serving police officers gives him a unique insight into weapons and tactics which adds realism to his writing.

He has recently released his sixth book, Shadows of Good Friday, and is currently working on another thriller.

And now onto the interview!

What kind of writer are you: plan or not?
I have planned some books, others have taken a more casual route. The Contract Man and Lies and Retribution were planned meticulously, as they take place in various time zones, have multiple characters and sub-plots within. The Town was a writing prompt from my daughter. "Start with a man drinking a cup of tea and someone being nasty to someone," she said. I changed it to coffee and eight weeks later it was finished. I didn't make a single note.

What attracted you to your chosen genre?
I trained and worked as a bodyguard and private investigator. I also trained on SWAT ranges in the US. I met people and went to places that inspired me to write. The espionage/military route was what interested me the most. I am working on a new series with a less than moral detective. It's fun, because he crosses the line to get justice, he has more than a few personal issues and I think that makes him interesting and more human. I plan to set the series in Cornwall, where I live, and it's interesting to write from the perspective of an outsider who wouldn't have ended up down here but for fate.

How have other writers influenced your own writing?
Hemingway, Fleming and Chandler all had a minimal approach. There really is no need to use ten words when two will do. Three of my novels were adapted from manuscripts I wrote fifteen to twenty years ago, and I laughed at some of the descriptions. I took thirty-thousand words out of The Contract Man - an entire sub-story. There's nothing worse for a reader than an author trying to be too clever.

Do you prefer to type or hand write?
The first two manuscripts I wrote were hand written. I only ever type now. Sometimes for the sake of pace, I'll cut and paste entire chapters.

Do you have a writing playlist? Or do you prefer silence?
Too much shooting has left me with tinnatus! I like some kind of background noise, as total silence is like listening to a clam shell! I made the mistake of listening to narrator interviews for The Town while writing recently and it messed up my plot! Sky news in the background is ok, because occasionally I'll pick up on a report and get an idea for another story.

Do you have any hobbies?
Swimming, shooting, cars - most of my other activities are with my children like bike riding, archery, walks and shouting a lot. 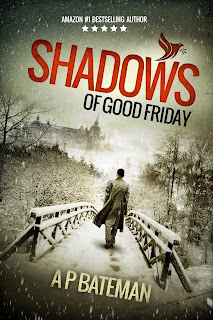 In the last days before signing the peace agreement, an IRA splinter cell mounts an operation on the British mainland using English criminals. This unprecedented move intrigues MI6 and they assume command of MI5’s surveillance operation.
A career criminal is released from prison and aims to win back the wife and child his sentence has cost him, but before he can, he is forced back into his old world. The stakes have changed and his family have become leverage for the most ruthless people imaginable.
A woman imprisoned in an abusive relationship, desperate to escape with her son and rekindle her past becomes the pawn in a deadly world of deception, violence and retribution.
A clandestine wing of the secret intelligence service tests its newest recruit. Alex King has trained and operated in the shadowy world of intelligence and now he must kill for his country, but before he can, he needs to discover more about the men he has been sent to kill.
Amazon

My review:  5 stars
I grabbed this one because I do love me a good thriller and this was very much a good thriller. I haven't read the others in the series, but it was clear from the blurb that it could be read as a standalone. I enjoyed it very much. The story opens with a man on the run after some kind of job he's done that has obviously gone wrong. It pulls you in from the first page and then you're hooked from there on out. I thoroughly enjoyed the book and will be picking up the other Alex King stories. Highly recommended!