Interview with Michael J Moore and review of After The Change 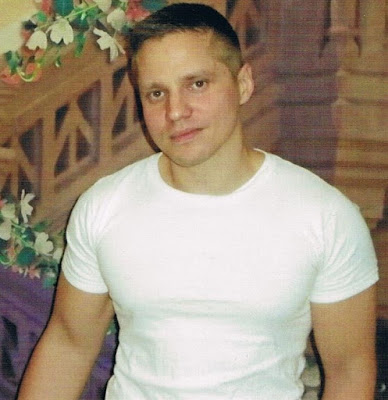 I an delighted to be joined by Michael J Moore on the blog for both an interview and my review of his book: After The Change. Here's a little about Michael.

Michael J. Moore lives in Seattle with his partner in life, and in literacy.  His spare time is spent searching the darkest corners of his mind for whatever horrors, oddities or fascinations have found their way in, begging expression in his unique literary voice. He writes because the stories haunt him if he doesn't. He is the author of Bronte's Ride, and the young adult series, After the Change.

In your own writing, which character of yours do you relate to most?
I relate most to Gabriela Urieta, from Ninja Girl. (set to be released this year by Rainier Publishing House).  I've written the first two books in her series, and both times I've been able to connect with her on a very personal level.

If you had to describe your style in three words, what would they be?
Fun. Character-based. Psychological.

What was the first story you ever told?
Wow. That goes back, actually, to my earliest memory. I must've been four at the time, sitting on my bedroom floor playing with my action figures. I never could settle for a simple battle. There always had to be some elaborate storyline that built up the action. It usually consisted of WWF wrestlers versus Ninja Turtles. Obviously the turtles had to win (aside from a casualty or two).

Was writing always your dream choice of career?
No. It was when I was very young. I remember writing a short thriller in the fourth grade, and the school librarian was so impressed that she encouraged me to enter into some young authors contest. I never did, but I wrote periodically after that. All my English teachers pushed me to pursue it and in the back of my mind, I always planned to. It wasn't until a few years ago, though, that I realized that writing wasn't just something I was good at, but what I needed to be doing.

Do you have a writing space? Pictures or descriptions!
Yes! It's the most bland, little room you could imagine, with white walls and a tiny wooden desk--two feet, by two feet. It keeps me from becoming distracted during the long hours I spend in it, and allows me to retreat into my real writing space, which is the part of my mind where the stories get stuck after having found their way in.

Playlists? Yes or no? And why?
No playlist. It's loud enough in my head already.

Which social media do you see as a must for writers?
I think they're all valuable for keeping your readers connected. I prefer Facebook, mostly because I've grown used to it over the years.

Do you have a favourite app for writing?
No, actually I don’t, unless you consider Microsoft Word.

Organised or not?
No. Unfortunately, organisation is not among my talents. I write everything longhand first, then edit and revise before I start typing up my next draft. I recently had to go through a stack of papers and throw away everything that's been typed, published, or accepted somewhere because the mess was becoming unmanageable.

Morning or evening writer?
When I'm working on a novel, I like to finish at least 2500 words a day. If I can, I try to get the bulk of this done in the mornings when my mind is fresh. I usually end up having to do some catching up in the evening, though.

If you had a hashtag for your books, what would it be?
#michaeljmoorewriting 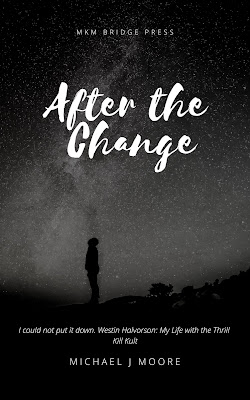 Diego Conner was at school when his world changed. As soon as his classmates started killing each other, he ran. Then, when he got home, his parents tried to eat him. They weren’t zombies though. They were alive and could be killed like any other living thing. He chose to simply call them “the changed”.
The only people he knew who didn’t turn were his friends, Sheena and Wes. With their families gone, the fifteen year olds are forced to look out for each another, constantly moving and hiding in the shadows. Eventually, though, they decided to search for survivors and colonize a local prison. Along the way, they quickly learn that the brainless, flesh-eating monsters that roam the streets are the least of their worries after the change.
Amazon
My review: 5 stars
I picked this up because of the blurb. It looked to be an interesting book and I was not disappointed by what I read. Diego and his friends survived the change, bu they're running for their lives. Alone, lost and without any idea of what to do next, they're looking to just survive and find some way to live with this new world and new normal. The story is engaging from the first chapter, you find yourself rooting for the characters and everything they go through. You will get drawn into the story and find yourself reading it in one go. It is amazingly written and I adored it. Recommended!


Join Joey here on the blog on Fridays for interviews, reviews and guest bloggers. If you'd be interested in doing any of those, you can contact Joey here
Posted by Joey Paul at 08:21