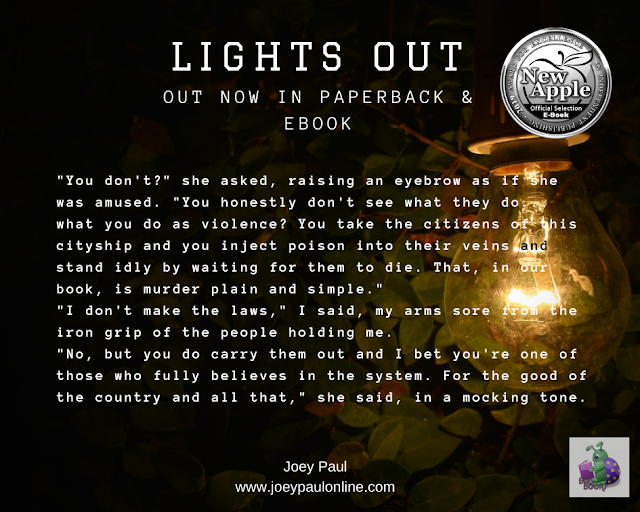 As with anything, there are those who don't believe in the system, and are willing to hurt to make their point...

[ID: A graphic with a burnt out lightbulb in the background. The header is: Lights Out, and underneath smaller text reads: Out Now in paperback and ebook. To the right of that is an award seal for New Apple. The excerpt reads:

"You don't?" she asked, raising an eyebrow as if she was amused. "You honestly don't see what they do... what you do as violence? You take the citizens of this cityship and you inject poison into their veins and stand idly by waiting for them to die. That, in our book, is murder plain and simple."
"I don't make the laws," I said, my arms sore from the iron grip of the people holding me.
"No, but you do carry them out and I bet you're one of those who fully believes in the system. For the good of the country and all that," she said, in a mocking tone.