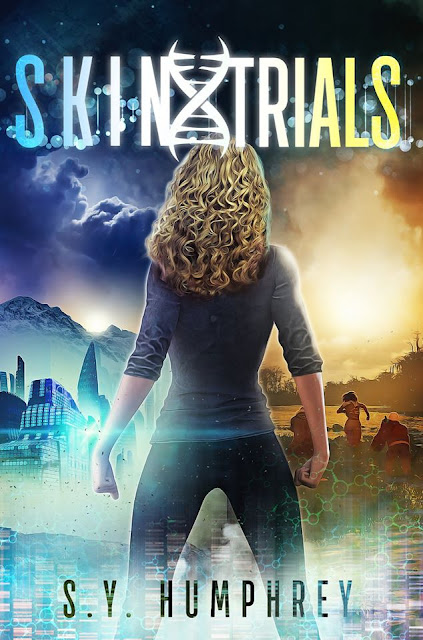 Seren is one of the most powerful young women on Earth.

Little does she know her parents’ new government, Perfect Society, harbors a terrible genetic secret. By the year 2042, the nation has managed to survive the floods and flesh-eating outbreak of the 2020's. Perfect Society has corrected the devastating losses and restored peace to all citizens. Or has it?

The terrorist group Anthistemi shatters the world with the genetically-modified truth. The government, led by Seren's father, carried out gruesome torture and decimation in the Skin Trials. Antistemi reveals the truth Seren never knew about herself.

Citizens rage, demanding answers about their missing loved ones. Once again, Old America clashes with New America. Old wounds lead to new bloodshed. The fallout reaches apocalyptic fighting. There is one scientist who can end the rebellion and destruction.

Now that Seren knows, she must choose - the genetic lie that empowers her, or the deadly terrorists who stand ready to destroy it all.
Amazon

My Review: 5 STARS
I picked this up thinking it would be a good read, and I wasn't disappointed. Set not too far into the future, Seren is the most powerful young women on Earth and yet there's something about her that threatens that status. In a world of skin trials and genetic changes being possible, Seren is thrown into a world that she really doesn't know much about. The story gripped me from the first chapter, it was beautifully written and engaging throughout. I ended up finishing it in one sitting because I was so desperate to know more about the story. I can't wait for the sequel! A highly recommended read!

Join Joey here on the blog on Fridays for interviews, reviews and guest bloggers. If you'd be interested in doing any of those, you can contact Joey here.
Posted by Joey Paul at 07:27