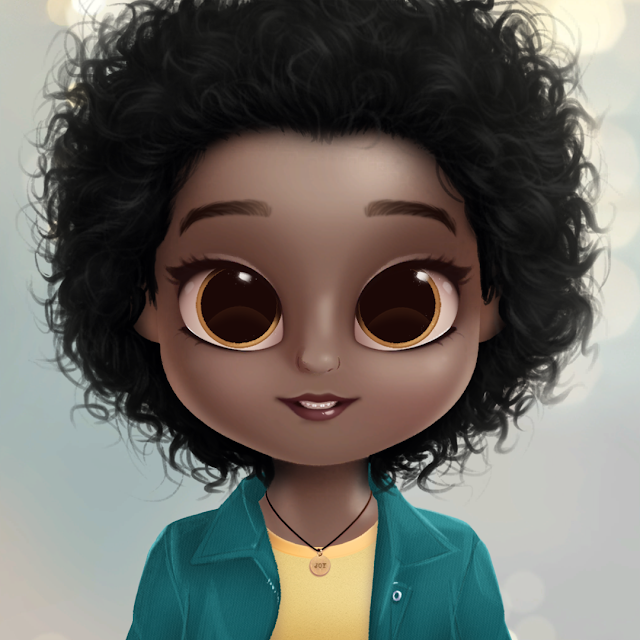 Before I get started lemme just say that this is a story that has been brewing in my head for a long time now. I had the characters and the overarching plot, because I'm pretty sure this will be a series, but I didn't have all of it until things started to slip into place a few months back when I was close to finishing my last two projects. I'm super excited about following Abby and the journey she's on, as well as telling her story, so here we go with the facts.

#1 ABBY IS A WITCH
I didn't know this part of the story until I started to plan it out, but the world she lives in is split into witches and normal humans. They don't live in secret, they're out there and part of society, and Abby has grown up with normal human kids. She does her usual schooling, at fifteen, and then also has the added perk, because her parents work for the local witches council, of getting to sneak into council classes earlier than she would normally have been allowed. Her best friends are also council kids, and they met through the classes.

I'm adoring getting to explore this world that is similar to ours, but also isn't at the same time, stretching those world building muscles and getting to see it all laid out for me not just for this book, but beyond it into the series as a whole.

#2 THERE'S A PANDEMIC
I know that some people will feel like it's too soon, or wrong to be writing about teenagers in a pandemic when the world is going through the same, but I don't plan to release this book for many years, and I also wanted to stay true to the world we live in, even with the differences I mentioned above. Because of the story I'm telling, it helps to draw a little from real life, and also add in some fiction there as well. I'm trying to delicately balance both what's happening now, to also what teens will read about in years to come.

#3 ABBY'S CHRONICALLY ILL
The difference to other characters of mine here is that, Abby doesn't have a diagnosis. Neither human doctors nor the witch healers have been able to pin down exactly what's wrong with her, and because of that, she's facing a pandemic will little help and lots of pain that has no name. The diagnosis is one that may come in future books, but I don't see it happening in this book because the journey to diagnosis can take literal years, and when the world is shut down anyway, it makes it even harder to find answers.

#4 PEOPLE HUNT WITCHES
It's not something that Abby was really aware as still happening, but with the pandemic and school being closed, Abby's a lot more aware of life outside her four walls than she was before. Witches are being taken, and the whispers are that it's a witch hunter, something she never thought she'd see. Abby and her friends are desperate to help either find those taken, or prevent others from meeting the same fate.

#5 ABBY'S FALLING IN LOVE
As with a lot of my characters, Abby is bi, and she's very aware that she has feelings for one of her friends. But she doesn't know how to ask them if they feel the same way, they've had a hard life, and she doesn't want to add to their burden. One thing is clear though, as things get more serious and life throws its own curve balls, Abby is desperate to protect them, and everyone else she loves from harm.

So there we go, five facts about Project: Witch Hunt! I'm super excited writing this and getting to explore both Abby and the world I'm creating around her. I'm loving the characters and the bits and pieces slotting into place and it's a nice break from edits and revisions to lose myself in a different world. What do you think of these five facts? Lemme know in the comments!
Follow Joey here on her blog, or on Facebook or Tumblr to be kept up to date with the latest news regarding Joey and her books
Posted by Joey Paul at 06:18

Email ThisBlogThis!Share to TwitterShare to FacebookShare to Pinterest
Labels: a book a cat and a cup of tea!, author's life, books in progress, indie author, joey writes, the creative process, writer's life