Review of Lock Down by Aella Black 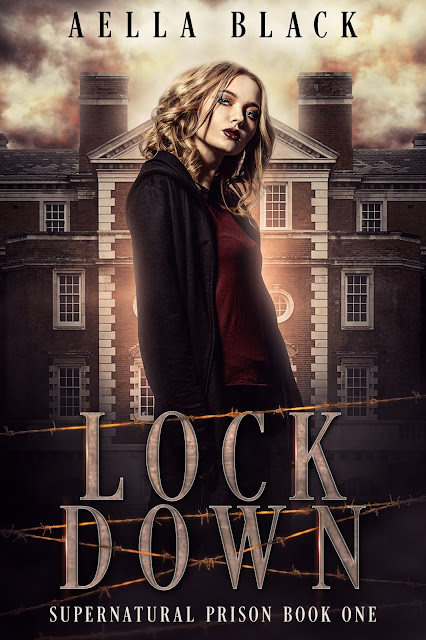 My superpower? I can't die. You can imagine how much it hurts when they test that out...

Phoebe Atkinson has always felt different, but in the typical angsty way most teenagers do. She had no idea just how different until that fateful day she died—and then came back to life.

It appears that sort of thing is frowned upon, because Phoebe awakens to find herself locked up in Leavenworth, a notorious prison that now holds teens with supernatural abilities.

Behind bars, some are welcoming and others are… not. One group in particular seems determined to make the lives of Phoebe and her new friends as miserable as possible.

Although Phoebe’s life before being imprisoned was far from perfect, she wants it back. And she will… if they don’t find a way to kill her first.

Regardless, she’s no longer going to stand by and be the rule-follower she’s always been.

Look where that got her.

I picked this up because the cover and blurb called out to me. The idea of a superpower where you can’t die, and then being forced to stay locked up and segregated from her friends, family and anyone else who doesn’t want to study her for the science. The story pulled me in from the first word, the first chapter, and I flew through the book before diving into book two. Black has a way with words that makes you hooked on the story and everything else disappears into the background. I would’ve finished this in one sitting had there not been silly things like sleep that needed to happen. Very much recommend and will be following this series to the end!

Join Joey here on the blog on Fridays for interviews, reviews and guest bloggers. If you'd be interested in doing any of those, you can contact Joey here.
Posted by Joey Paul at 06:09