Review of A Witchy Surprise by Rhonda Hopkins 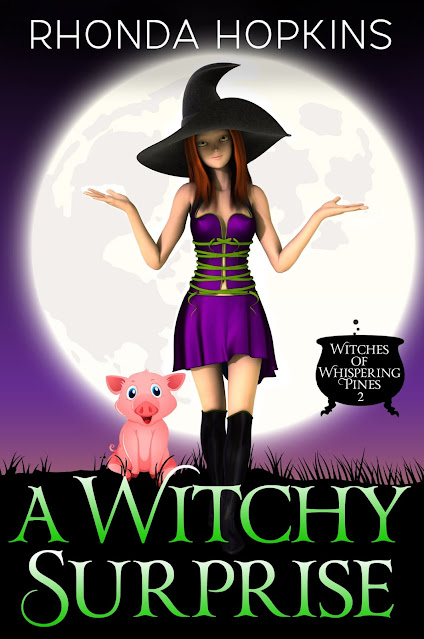 A magical heritage. A threat in the forest. An explosion of powers.

Charley Cooper is tired of being the lone non-magical person in a family of witches. At the ripe-old age of sixteen, she believes the witchy gene has skipped her. But when something dark in the forest threatens her best friend and her little sister, Charley's powers appear out of nowhere.

Now Charley's best friend is angry about the secrecy. Her crush is dating someone else. And, her out of control powers threaten to expose her family's secret.

When a dangerous enemy tries to silence them forever, Charley knows she must fight back. But can she learn to control her magic before they're all taking a nap in the local graveyard?
Amazon

I picked this up before I saw the first book, and once I’d read that, I had to dive right into this one. The story pulls you in from the first page. Charley is likeable, relatable and pulls you along for the ride. I adored the world building, the cost mystery wrapped up in Charley discovering and trying to work out her abilities. I adore the family, the loves, the hates and everything in between. It was an amazing ride that I devoured in one sitting and was happy to have done so. Overall, an amazing sequel and a series I will be following. Recommended.