5 Facts About My Ideas Process 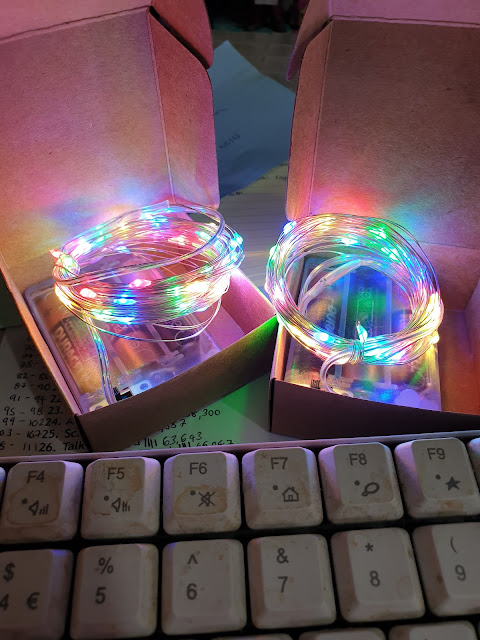 5 FACTS ABOUT MY IDEAS PROCESS

Last week I talked about five facts about my editing process (found here) and this week I plan to go into my ideas process. Every writer is different when it comes to dealing with ideas, to planning and plotting, or pantsing through the drafting process. You all know that I'm more of a plantser, leaning towards more pantsing, but that I do outline through the revision process. I thought that I would focus on ideas, because that's basically where it all starts and even as I write this, I'm brewing up some new ideas!

FACT #1: IDEAS HIT ME ALL THE TIME... SOMETIMES
I know that for a lot of writers, they have more ideas than they know what to do with, and I used to be like that. Ideas would hit me, and I'd scurry off to write them down somewhere before I forgot them entirely. Nowadays, while I do have ideas floating around in my head, they don't come to a proper form unless I really focus on them. I find that while in the midst of drafting, I won't have the time or energy to devote to any fledgling ideas and will instead be focusing on getting the story I'm writing done. When it comes time to try and think up ideas, something I find myself panicking a little because what happens if I can't think of something? As I've said before, it's never happened yet, but the panic is still there, because thanks anxiety!

I do however find that when an idea hits me now, it's usually one that will take root and grow despite me trying to focus on my current projects, and when that happens, I may have to spend some time thinking it through, writing notes on it, and basically getting it out of my head so that I can go back to work. This only really works though when I have more of a fleshed out idea, so like right now I have an idea, but it's characters, a setting, and a genre, and no plot to be found, so that one is sitting in the back of my head and thinking itself up into something.

FACT #2: I TEND TO MOVE AROUND GENRES IN PATTERNS
Right now I'm more on the paranormal/mystery and contemporary genres. Sometimes I go through stages of writing just urban fantasy and early in my career I stuck to mystery and paranormal and even some straight up crime. That said, that new idea? It'd be sci-fi/crime, I just have to think of a plot to go with it. I have written across so many different genres that it can be hard for me to know ahead of time whether this new idea is going to fit in the right genre. I've always been someone who reads widely, so it doesn't surprise me that my ideas are along the same lines. I've never said I won't write any genre, and I doubt I could stick to one if I had to, it would feel too stifling and the like.

FACT #3: I DON'T FORCE IDEAS AND I DON'T FORCE CHARACTERS
I find that if I try and force myself to think of an idea, or to squish an existing one into a certain genre or with certain characters, then it just ends up flat. The characters have no personality and it takes me an entire book to try and get into their heads, which just doesn't bode well for a good revision experience. I'm more of the free range idea, let them float around in my head, and let them grow naturally. If that happens, and I can do something with it, great, if not, then I'll water that one a little more and move onto another idea. Since I'm not a hardcore planner, this can be sometimes done during the start of drafting, but mostly, I let my ideas grow and pluck them up when they're ready.

FACT #4: SOMETIMES I START WITH PLOT, SOMETIMES I START WITH CHARACTERS
I'm gonna use that idea that I keep mentioning because it feels like the best way to show you what I mean. Right now, I have two very strong characters in my head. I know their names, the way they look, what their goals are, and what they mean to each other. I don't know the plot really, in that I know that something needs to happen to one of them, but I don't know what that something is beyond a couple of brand new thoughts. I also know the setting, which is kinda unusual for me, but there we go.

Other times, I will have a solid plot, but it takes me ages to work out who the characters are and what that means for them. I will have everything down, but those characters can be pesky, and I'll end up with blank faces that I know will grow into something eventually. That said, I can, sometimes, manage to find the plot through drafting, but I have never been able to find the characters that way.

FACT #5: SOMETIMES MY IDEAS GROW WHILE I DRAFT
For those who've been here for a while, you'll know that I started Lights Out, my dystopian trilogy, thinking that it would be a standalone, when actually it turned into a trilogy. I had the plan, I had the story, but I didn't know the whole of it until I started to draft. When that happens, and it has done more than once, I will turn things over and over in my head. As a kid one of the things I hated was series that didn't know when to end. I never wanted to be that kind of writer, so when it came to series, I always liked to weigh up if the next book was needed, or have a planned ending in sight. The same happens when an idea grows. I weigh up whether it's really growing or if I just want to play with these characters some more. So far, it's not let me down.

So there we go, those are five facts about my ideas process, and next week I'll be giving you five facts about me as an author, so I hope to see you then! Ideas are the bread and butter of being a writer, but I do love that everyone has their own idea process and it's always different even if only in some small way.