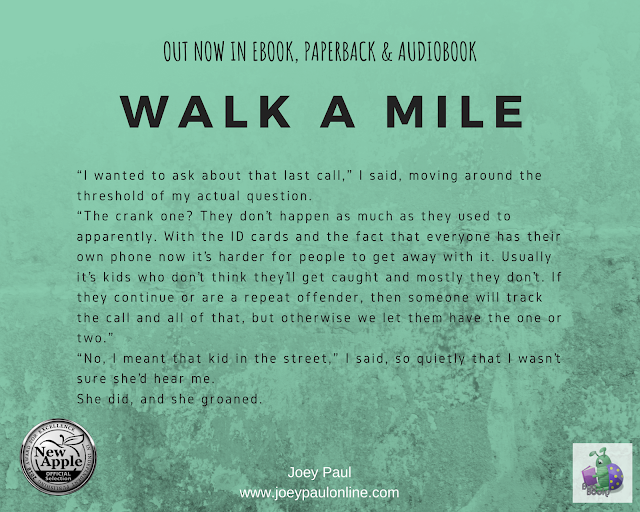 Hetti knows there's something off, but she's so new to the job, she doesn't think anyone will listen to her.

[ID: A dirty green background, with the title WALK A MILE at the top and Out now in ebook, paperback & audiobook just above the title. The except reads:

“I wanted to ask about that last call,” I said, moving around the threshold of my actual question.
“The crank one? They don’t happen as much as they used to apparently. With the ID cards and the fact that everyone has their own phone now it’s harder for people to get away with it. Usually it’s kids who don’t think they’ll get caught and mostly they don’t. If they continue or are a repeat offender, then someone will track the call and all of that, but otherwise we let them have the one or two.”
“No, I meant that kid in the street,” I said, so quietly that I wasn’t sure she’d hear me.
She did, and she groaned.