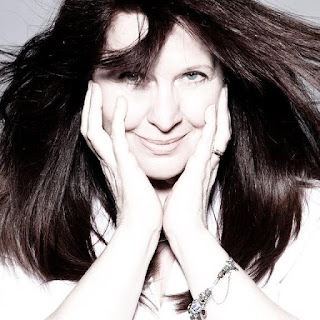 I am delighted to welcome Scarlett Flame to the blog for both an interview and my review of her book: Xander's Heart. Here's a little bit about Scarlett!

Although born in Salford I was raised in the Manchester area, and still, consider myself a Lancashire lass. An ex children's nurse and former Health Visitor I am a Jack of all trades. With a degree and two Master's qualifications to my name. I have always loved to read and write although I only began to write seriously about five years ago. My first blog post was published in February 2013 and since then I have gone from strength to strength. This has resulted in my being voted as Blogger of the Year 2014 on the site Skelat

In your own writing, which character of yours do you relate to most?
I think to the main female character in my Steampunk book The Prophecy Unfolds. The description in most of my books is of a long red-haired blue-eyed gal. I also have evolved over time much as the character in the book does. You must read right to the end of the book to find this out though. Some gave up and described that character as weak but she develops a backbone right at the end and it is the first in a series.

Do you read your own genre? Is it a favourite?
I absolutely do! I love dark romance, dark fantasy, erotica but I also love other genre as well. Particularly thrillers and sci-fi. Although I don’t read autobiographies or factual books as much as I used to. A symptom of being a perpetual student and being forced to read non-fiction for years.

If you had to describe your style in three words, what would they be?
I am what is lovingly referred to by other authors as a pantser. Whereby I generally write by the seat of my pants. I have a strong idea of how I want a story to end and just carry on writing and rewriting until I get to where I want the story to end.   Ha ha I also ignore instructions lol

What was the first story you ever told?
I have absolutely no clue! Probably something at junior school! Or, did you mean as a professional writer? If so, it was The Prophecy Unfolds: Dragon Queen. I used to write it secretly and kept it in the bottom drawer in my bedroom. No one knew I was writing at all for a long while.

Was writing always your dream choice of career?
My dream choice of career has changed as I have evolved over the years. As a teenager I wanted to be a vet! Then I wanted to nurse and be a midwife. By default, I ended up becoming a children’s nurse and then a Health Visitor. Although I wanted to train as a midwife initially. Yet I found my calling as a children’s nurse and loved my job. Over time though nursing and Health Visiting became more about Child Protection and I hated it with a vengeance. I did not train to be a social worker and my skills weren’t being used as they should have been. I have no regrets for leaving nursing. Now, as a number of us Indie published writers I dream of a hit book and possibly the fame and fortune that goes with that. I won’t hold my breath though.

Do you have a writing space? Pictures or descriptions!
Not really. I would love to say I do! I like to write when I am happy and settled and the most writing I did over the last couple of years was whilst on holiday in Benidorm. Sat under a tree in the shade with a glass of wine. My friends had gone off into the sun and being an auburn haired, blue eyed gal, I burn in the sun… badly. So, I sat and wrote 7k under a tree instead.

Playlists? Yes or no? And why?
NO, not at all. I might hear music in my head, but I find music very distracting when I write. I don’t mind a bit of background noise, but loud music would drive me crackers when I write.

Which social media do you see as a must for writers?
That is another hard question as this seems to change over time and with the stupid updates from many of the social media sites. I would have said Facebook and Twitter, but I think it is changing. Facebook seems to put hurdles in your tracks constantly and the threat of jail. Especially for those of us that write erotica. I really should have stripy knickers! Pinterest and Instagram seem to be taking over.

Do you have a favourite app for writing?
Not really. I have got Scrivener but still trying to fathom it out. I tend to use Word, but it isn’t the easiest to use really.

Organised or not?
As a writer, rarely! I am organised chaos with a terrible memory too. If it isn’t in my calendar, I forget things. Possibly due to my vast age! Who knows? As a nurse I was totally organised and up to date. Also, always on time for my job but in real life and at signing events I am rubbish but that is partly due to travel etc.

Morning or evening writer?
Evening, or late at night that’s for sure. I am a morning person, just not for writing. 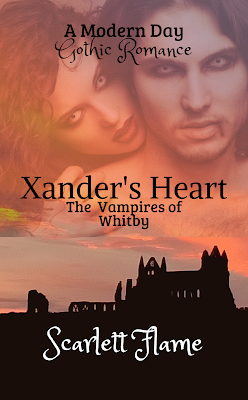 Xander wasn’t your stereotypical vampire. Far from it. Living in Gothic splendour on the outskirts of Whitby. Savage and Dominant by nature he goes after what or who he wants with ardour and passion.
Especially once his eye is set on his soulmate. His chosen one … Ellenor.
A human that he has been watching and waiting to approach for years. He steps forward when he senses she is in danger from a supernatural being.
Bringing her into his world at full tilt.
A world of Domination and submission.
Spanking and bondage.
Of werewolves, shifters, ogres and faeries.
Of mages, magicians and sorcery.
A world where a deadly apocalyptic magical war is approaching.
Both Xander and Ellenor have major roles to play but are they up to the challenge?
Amazon

My review: 4 stars
I picked this up even though it's not my usual genre and was intrigued by the blurb. Meeting Ellenor, I found myself desperate to know what happened to her, from her first meeting with Xander to the rest of the story told. It wasn't my kind of romance, but other than that, the book is beautifully written, allowing you to paint a picture of everything happening with the gorgeous prose. As the story unfolds I found myself desperate to know what happens next, where Ellenor will be taken and what will be asked of her. Overall, a great read and one I enjoyed.

Join Joey here on the blog on Fridays for interviews, reviews and guest bloggers. If you'd be interested in doing any of those, you can contact Joey here
Posted by Joey Paul at 08:33