Review of A Witchy Mistake by Rhonda Hopkins 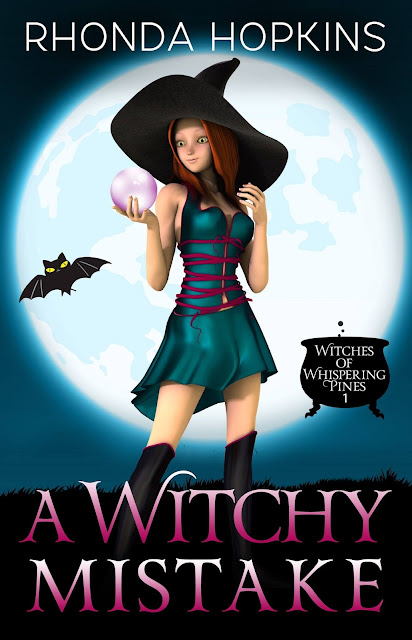 A high school nemesis. A misuse of powers. An Unexpected Consequence.

Sixteen-year-old Charley Cooper is furious when her cousin Danu uses her powers to get back at a high school nemesis without considering the consequences.

When someone attacks the other girl and she ends up in a coma, Danu becomes the prime suspect. As annoyed as she is at her cousin, Charley doesn't want her to go down for something she didn't do.

Even though Charley has never had magical abilities of her own, when she has what she believes is a vision about an attack on Danu, she's forced to investigate. Can she find the guilty party before her cousin pays - one way or another?

I picked this up because I wanted to read the series in order. It was a fast quick read, but enough to get me invested int he world. I loved Charley and the mystery of the attack on Tiffany, loved how it all played out and enjoyed it from start to finish. I’m desperate to dig into book two and see more from this author, and from the characters. Overall, a quick read, but one that helps you get into the world and the story around them. A great little mystery, recommended!