The Trials Of An Indie Author: Keeping Ideas Alive 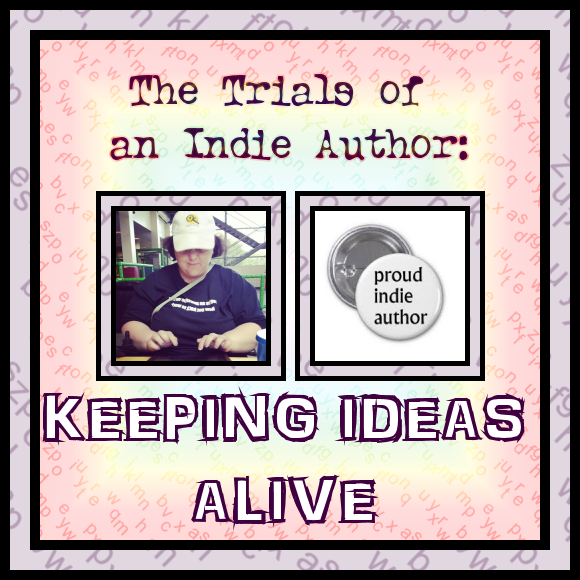 THE TRIALS OF AN INDIE AUTHOR: KEEPING IDEAS ALIVE

This was something that I wanted to talk about for a while, but have only really had the time to put it into words now. I've been published for over 15 years and that whole time I've been indie. There was a period in my very early career where I was almost traditionally published, but the less said about that the better. The point I'm trying to make is that I am very much proud of being indie, I love the control, and the way the ideas flow, I love getting to choose who I work with, who I entrust my work with, and all of that. I love every aspect of the indie life, though of course there are some that I'm not as fond of as others, but that's something I've talked about before.

However, one thing I have found very hard in the indie life is that, as it stands, you are usually the only person with the ability to keep that idea you started with alive. I don't mean that someone else is trying to destroy what you've created, not at all, but I do mean that there is a hell of a lot of pressure on you as the author. I have worked with mostly good editors my whole career, I can sing the praises of them all, and while I've had some bad experiences, none of them have been to the point where I felt like I was the only person behind my book.

The issue I have come across though, is that loneliness that comes from being both a writer and indie. Think about it, if you're someone without a huge platform and without a huge following, sometimes it can very much feel like you're shouting out into the void and no one even notices. And I can feel that immensely at times. I'm always someone who talks about community, about making sure that you have people in your corner, but at the same time, that doesn't happen on its own. When you're first starting out, you do have to fight your own battles and make friends and connections and that comes from hard work, and sometimes, striking out a lot.

For a long time, I didn't have people behind me inside the writing world. I had friends who stood by me, and I had people who were happy to help, but I didn't have other writers, and I didn't have other indies who were also, like me, still trying to find their feet in the publishing industry. I don't say this as a poor me, boo hoo, but because I know there are new indies every day who début, or publish their third or fourth book, and are still struggling, like me, to find that audience, to find their people, and I know how isolating that feels.

A lot of indie authors go into that route because they know what kind of stories they want to tell, and they have set out to go indie. It's not always about people who tried to query and couldn't get picked up. I didn't do much research when I first started out, but I did know enough to know that I wanted to be an indie author. I didn't want to go the traditional route and this was the path for me. They know the hard work is going to be on their backs, but they still hope that they will get out there and find their audience and their people and do well, and some do, and some don't, but they put the work in either way.

My point is this: I see you out there, I see you struggling and wondering if you should give up because people don't seem to see you, but I do. I made a ton of mistakes when I was first starting out, and I'm still, fifteen odd years later, trying to mend them, but making mistakes help you learn, and that's not a bad thing. It might take you a while to find your feet, but keep going. You may be like me, and just need a while to catch you breath and find a lot of people who aren't there for you, to actually find the group that very much are.

Writing, being an author, it can be isolating, it can destroy your confidence, but we all have stories to tell, and we all have to band together to help each other. Keeping the ideas alive are not just for our stories, but for ourselves as well. We will get there, it will just take some time, and that's completely okay.

Any questions? Lemme know in the comments below.