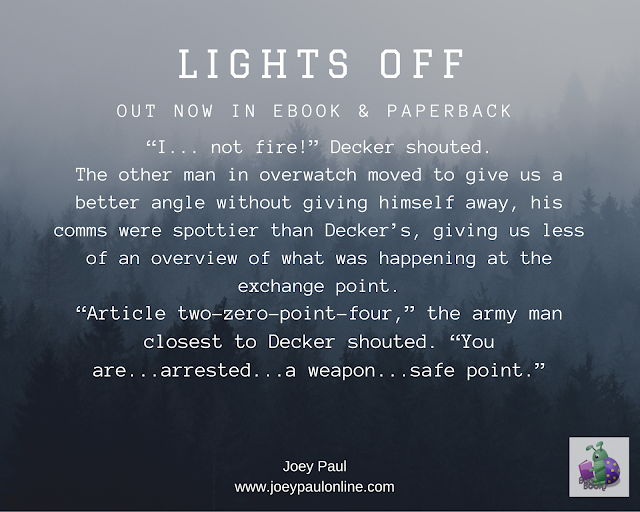 When the rebellion try to play by the rules, the King's men will change them...

[ID: A dark forest background with the title LIGHTS OFF at the top and Out now in ebook and paperback just below it. The except reads:

“I... not fire!” Decker shouted.
The other man in overwatch moved to give us a better angle without giving himself away, his comms were spottier than Decker’s, giving us less of an overview of what was happening at the exchange point.
“Article two-zero-point-four,” the army man closest to Decker shouted. “You are...arrested...a weapon...safe point.”

At the bottom is Joey Paul and just below that the website www.joeypaulonline.com and in the bottom right corner is the logo for Bug Books. END ID]
Posted by Joey Paul at 06:00