Review of A Girl From Forever by Yolanda McCarthy 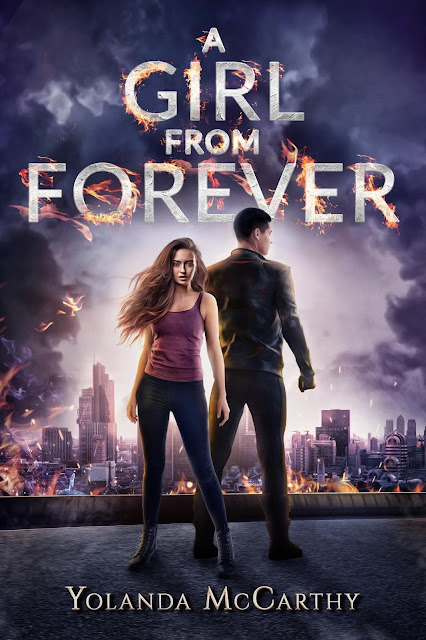 The secretive Forever Institute towers over London. Some say it’s a cult. Others call it mafia. To seventeen-year-old Fern, Forever is simply home, run by the scientists who created her. A home she’s never been allowed to leave.

Forever gave Fern everything. A body that will never age. Psychic abilities, if she can work out how to access them. A purpose: Fern will be part of a new dawn for humanity, although she’s never been told exactly how.

Then Fern is contacted by a cryptic telepath from outside the Institute, and learns some dark truths that make her question everything she’s been taught. Fern must sort truth from lies, and new loves from old loyalties, if she’s to survive the conspiracy surrounding her. But her new friend has secrets of his own…

I picked this up because the blurb and cover called to me. The idea that there could be psychic abilities and a serum that allowed people to live forever. Fern was an amazing character, the narrative engaging from the first page and drawing you into the story as it twisted and turned along the way. I ended up having to finish the book in one sitting, desperate to know what happened, what would become of Fern and Rehan, and this is a series that I will be watching. Highly recommended to all who love a good paranormal/supernatural story.