Review of If The Broom Fits by Sarah Sutton 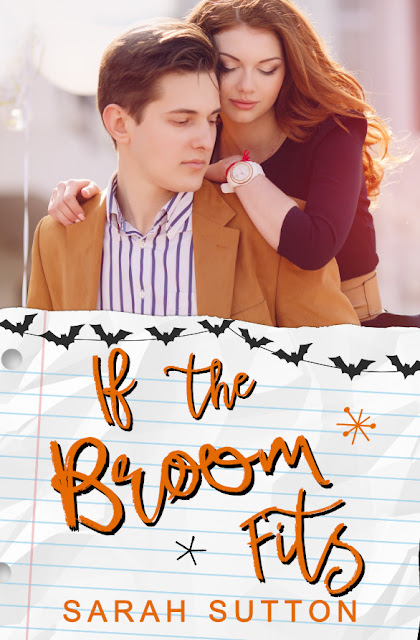 HOW DO YOU MOVE ON FROM SOMEONE YOU NEVER FELL OUT OF LOVE WITH?

I swear, I've got to be the only person on the planet that hates Halloween. At least the only person in my small town of Hallow, and they practically worship the holiday. Ugh.

And my ex-boyfriend, Lucas, thinks he can change my mind by making me take part in “festive activities.” Apparently carving pumpkins and watching scary movies is going to magically change my mind about the holiday? Yeah, right.

But I've never told anyone the truth of why I hate Halloween or the truth about why I broke up with Lucas. Definitely haven't told anyone how much I'm second-guessing that decision. Being around him is so much harder than I thought, especially when it looks like he's starting to move on...

And to top the crappiness of it all off, I got a letter in the mail from someone who broke my heart two years ago--my father.
Amazon

I remember when this first came out and I wasn’t sure if it would be my kinda book, and boy was I wrong. I was hooked from the first line, and ended up speed reading through it until into the wee hours, I had to know what happened to Blaire, had to know if things would work out. The story is pretty much a quick read, but I adored it. The characters are all so real, so well crafted that you can’t help but root for them, even when they’re doing something wrong. I adore the background characters too because they are all also so well rounded that you feel like you’re watching a movie play out. Highly recommended for anyone who loves a spooky Halloween romance, and enjoys good dynamics between the characters.