Review of Spirit Of Fire by Elin Dyer 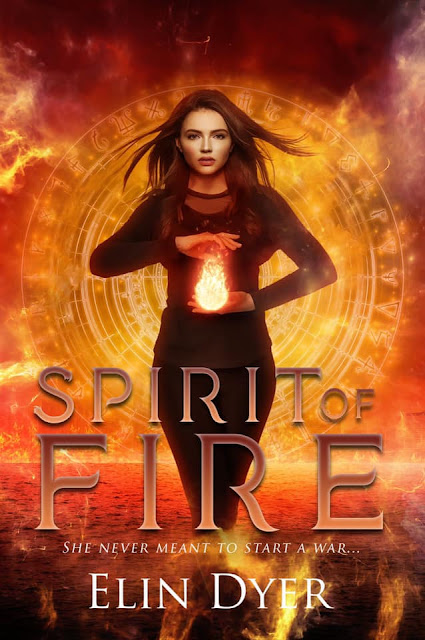 Seventeen-year-old Jade Taylor is used to getting into a spot of trouble, but everything changes the night she and her twin brother Jack confront their sister's predator. Faced with a vicious gangster, an impossible fire, and a mysterious old woman, Jade witnesses a coverup of enormous proportions that threatens to change humanity as we know it.

While Jack's biggest concern is getting revenge for their sister, Jade throws herself into investigating the strange occurrences that spiral around her: fields spontaneously combusting, reports of flames erupting from people's fingertips, and hundreds of men and women being secretly contained underground. But those are not the only problems, because something is happening to Jade's body--and she doesn't understand it.

With no one to talk to about the impending danger that night-time now has, and no way to explain the bizarre changes that are happening to her, Jade can only turn to Ariel, a mysterious stranger who seems to have answers. A man who may--or may not--be involved in the gang led by her sister's abuser.

Jade must decide who she can trust--and quickly--else she'll never save her sister, and the rest of humanity will become the pawns in a supernatural battle.

I picked this up for the chronic illness rep, and was not disappointed with the story at all. The story was engaging from the first page, a story that twists and turns and brings you to the end leaving you waiting for more, desperate to know what will happen next. Jade and the others were all well-rounded characters, all engaging and with little bits of themselves that made you root for them. I adored the book and ended up reading it in one sitting. Very much recommended!