Review of The Ghost Junkies by Elizabeth J. Rekab 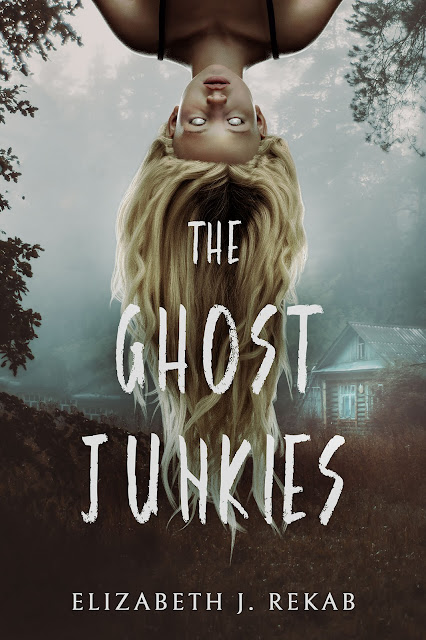 An escape like no other. Can Mel discover the truth of her abilities before the ghosts claim her as their own?

Melissa Lowery is failing physics, shunned by the cheerleading squad, and crushing on her best friend, Aaron, who has an annoyingly beautiful girlfriend. Oh yeah, and she sees the ghost of her dead father. Talk about screwed up.

Soon, a fellow ghost seer named Seth convinces Mel to test her abilities in a haunted cabin where he introduces her to a whole new world. Literally. He teaches Mel how to slip into the realm the ghosts come from—a vivid, euphoric place called "The Veil" that sure as hell beats Jaxonville. But when the living in town start going crazy and the dead whisper about a mysterious Shadow Man, Mel realizes that the Veil may hide more secrets than she realizes... secrets that she must uncover before the whole town is consumed by darkness.

Having read Rekab’s books before, when I saw this one then I had to pick it up and give it a read during the spooky season. I adore her way of setting the scene and making it all seem all the more real. Mel was a likeable character from the start and that opening line and chapter had me hooked on wanting to know more about the characters and the plot. I adored all the twists and turns the story took, and that ending almost killed me. I very much enjoyed it and would recommend to anyone who loves a good paranormal story. A great book!