Review of Hades Sent by BY Simpson 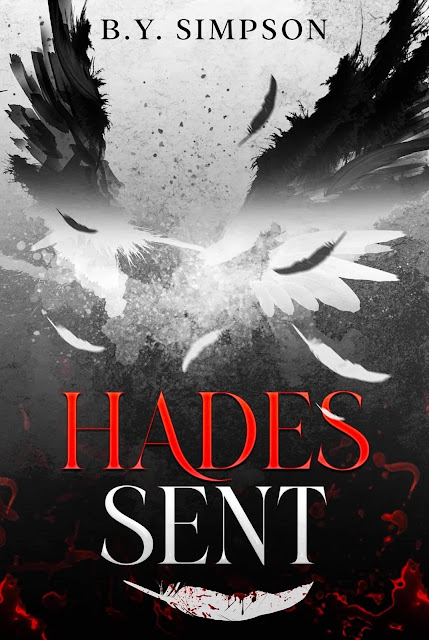 Good vs Evil has never been this complicated.
Seventeen-year-old loner, Ireland Grace is a demon living in an angel's world. Born to a demon mother and angel father makes her a hybrid. She's the ultimate symbol of betrayal among her people. Rejected, Ireland yearns for the day she can prove herself. So, when Ireland is given an special assignment by the higher authority, she is eager to do whatever it takes to complete it. Even if that means becoming more like something she's always feared--her mother.
Greve Kronos' specialty is making hybrids more like their demon counterparts. His next mission is to destroy Ireland's angelic side and mold her to become the tool her mother wants her to be. Greve is ruthless. He also has a past that is coming back to haunt him. And the more Greve unravels his past, the more he realizes his mission is the most dangerous one he's ever had to complete. If he fails, innocent lives will be lost and they both will die. But, if they can work together, they can save themselves and the ones they love.
Both will have to learn what is important to succeed. And to do that, they just might have to forget who they are now to become who they are meant to be.

I adored this cover and the premise sounded intriguing, so I picked it up and devoured it in one sitting. Ireland was an amazing character, the world building and such that went into this making it a rich story to read. I loved reading about Greve and his journey through his mission. All the twists and turns left me guessing to the point where I was always hooked by the next bit. I adored this book and it’s a series I’ll be reading more of. Very much recommended to anyone who loves a good paranormal/urban fantasy story!