Dealing With A Backlog - The Creative Process 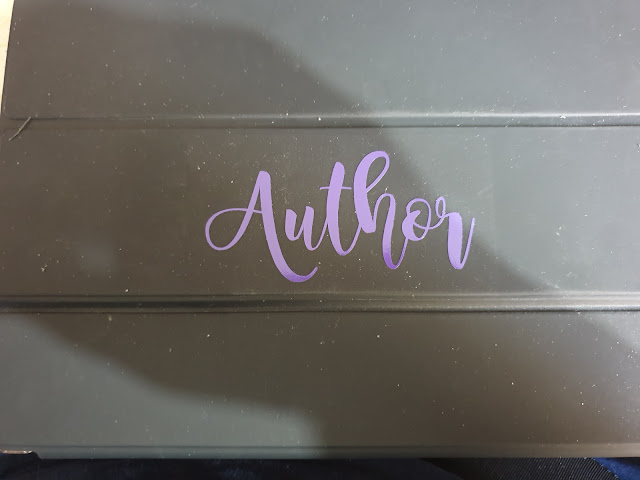 DEALING WITH A BACKLOG

It's pretty common knowledge that I have a huge backlog when it comes to finished works that need to be revised and such before they can go on the editing train. I will be, hopefully, publishing my twentieth book this year, and I'm close to having twenty more that are all sitting in first draft status. I even worked out that if I keep up to the level of productivity that I'm at, I'll have finished eighty first drafts by the time I turn 50, and will only have forty of those published. It seems like a staggering amount and that's what I wanted to talk to you about today.

For those who don't know, I find drafting relatively fun and easy. There are times when my mind drifts off an idea, but I will keep pushing through, knowing that I can fix any problems in revisions and edits. As it stands right now, I'm drafting books that won't be even revised for at least five years from now, and that seems to be a little bit of a problem. I don't want to have all these stories that no one will ever read because I run out of time, or my health declines to the point where I can't keep up with publishing and such. I refuse to publish something that hasn't been edited, and the cost and such, means that I just don't have the time and energy to go through them all and do a rapid release situation.

So what do I plan to do? After all, if I keep writing, I'm going to keep piling up that backlog and it's going to end up with the exact scenario that I described. I will run out of time, and I will struggle to get them all out in the world, and I don't want to just stop telling stories, the ideas keep coming to me after all. I do have a plan though, and I'm going to get into it now. If you're a writer who has a lot of first/second drafts but knows they don't have time, money, or energy to get them all polished and rapid release them, stick around and you might find that my ideas work for you too!

PLAN #1: TAKE A YEAR OR TWO OFF DRAFTING
I don't mean that I would sit around and just not do anything writing related. Like I said above, I really do enjoy drafting, and I'm not the biggest fan of revision or editing. But at the same time, there is no way I can keep churning out four books a year, and still have time to dedicate to revising and editing them all before I'm unable to continue. Some of these stories are so important to me to get out there in the world. I don't want them to languish on my hard drive, or in my filing cabinets and never been seen by the people who need them.

So my plan is to take a year or two off drafting and focus on revising projects that I already know will need a ton of work done on them. I can't do whole series, because there's no chance of getting them into the right shape because generally speaking, once the first book goes to the editor, so much changes that it would feel, to me, like a bit of a waste of time. But I can do the first books in the series, and I can, if I feel like it, add changes that ripple through.

I don't know how long it would take, some books will be in better shape than others, but I know there are at least three or four that need almost a complete rewrite because of how they were drafted. For those, I've been panicking and thinking about how I'd manage to get through them when the time came, but this plan allows me to do just that. To take time off other projects and just devote to them entirely, making sure they're in the best shape they can be, without worrying about how to keep up with other things.

This feels like a really good plan for me, and I don't know when I'll put it into fruition but at some point when I don't have a series ongoing. Recently I've been more trilogy and quartet than long series so that seems doable.

PLAN #2: DROP SOME OF THE ROUGHER WORKS FROM THE SCHEDULE
Now this is my backup plan if the above doesn't work. I don't want to take a book away from ever being published when all I have is a first draft and nothing else. That said, there are some ideas and some stories that I feel might not be salvageable without a whole lot of revision and I just don't know if I'm in a place where I can do that yet. It might be that once I've taken them out of the schedule, I can come back to them another time when I have some free time, and either rework them, rewrite them, or decide that they're just not ready, and may never be ready to be published properly.

That said, I don't want to do this unless I have no other choice. I love every story I've written, and I've poured my heart and soul into them. I truly believe that there are readers out there for every single one of them. It's just finding them, but first I have to get them into shape to be able to go through edits and the like. It may be that even going through with the first plan, I come across books and projects that just don't work even with extensive rewrites, and if that's the case, I need to be ready to learn from it, and move on.

So those are my plans for the backlog currently growing in my life. I don't think the year or two off will happen yet, though if I manage to finish the two new projects I plan to start in May, I might be in a better place, since one is a standalone and the other is the final in a trilogy, to start that in November, but we'll see how things go and what comes from it and all.

Either way, whichever plan I choose, I will keep working and keep doing everything I need to do to get the works in shape and keep pushing forward with, eventually, publishing them all.