Review of The Challenger by Anders Aaslund 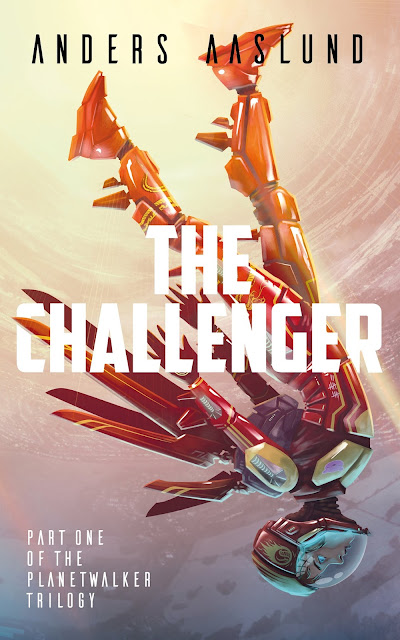 Things are going wrong for AI nerd Imogen Hart. Her best friend takes her own life just as they prepare to set foot on planet Alamea—mankind’s new home. When the ruling elite aboard the colonial spaceship Conestoga attempt to rewrite the past, Imogen connects the dots and uncovers an age-old secret that threatens the future of a quarter of a million passengers.

Her destiny shattered, Imogen must employ every dirty trick in her arsenal and fight for the truth. But shaking things up turns out to be much more dangerous than Imogen ever imagined—and time is running out.
Amazon

I picked this up because the blurb called to me, and I was hooked from the first page. The emotion within this story pull you into it and make you feel things you didn’t realise you would. The story is engaging and thrilling with many twists and turns that you won’t see coming. I adored Imogen and the fight she was up against to find answers. Overall it was a nice immersive read where I lost all time, and ended up along for the ride with all the characters. Aaslund is an author to watch and this is a series that I will be wanting to finish. Very much recommended!