Review of Other Lost Souls by Lindie Dagenhart 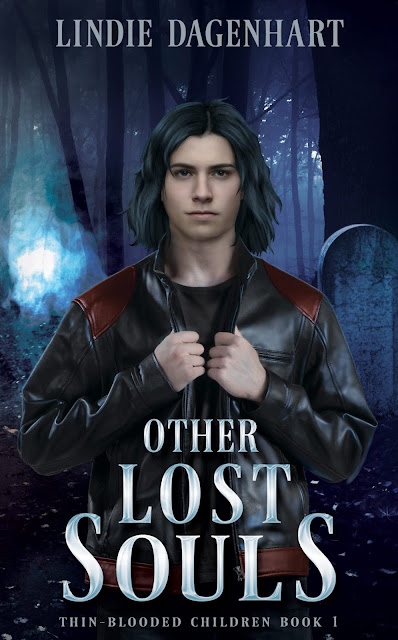 There's little Baen Balcrome fears more than being powerless.
As the youngest son of five, Baen has always known he has no shot at the trickle-down blood magic that runs in his family. Even before the magic went dormant, rendering them all but useless to the organization that owns their contract.
When their allocated Healer turns up with an unexpected offer to teach him how to unlock those hidden abilities, it's surely too good to be true. He knows he can't trust her. She might be a little old lady, but she's mean and vindictive, and has always blamed him for his family's downfall.
Baen already has enough on his plate: ghosts, a brother who wants him dead, AP Calculus, and Eli, the annoying kid next door who won't stop following him around.
Yet that promise of power is so alluring, he might just have to say yes.

I picked this up because the cover and the blurb made it sound like an exciting and thrilling read, and I was not wrong there. I adored the story from the first page and was hooked to the point where I couldn’t put it down, finishing it in one sitting. Baen, Eli and everyone else were engaging fully fleshed out characters, the arcs of them all entwining and making the reader desperate for more. This is a series that I will have to read more of because after the way this book ended, I had to know what is next in store for Baen and the others. Highly, highly recommended!