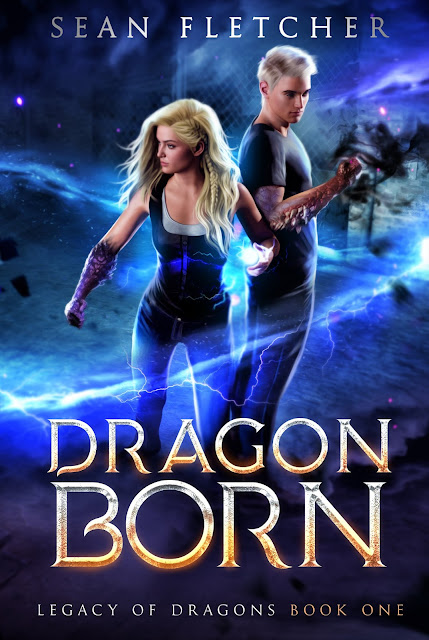 Dragon shifters live hidden amongst us.
And where there are dragons, there will always be Slayers.
When Astrid is attacked by a creep calling himself a Slayer, it seems like a cruel prank the universe is pulling on her already crappy life.

Then Kaden arrives and tells her she’s a dragon-kin like him—part dragon, part human.

Then Astrid actually shifts into a dragon. A creature from fairy tales and legends. A monster in modern times.

Now she’s being inducted into an entirely new magical world—full of dragon-kin, Tamers, Merlins, and more—whether she wants to be or not. The local guilds have promised to help protect her from the Slayers hunting her…if she plays by their rules.

Kaden’s hunting, too, for the group as vicious as his methods and as dark as his past. He doesn’t have time to chaperone a girl with awakened dragon powers who is too stubborn to stay safe.

But when the local guilds ask him to watch over Astrid in exchange for not throwing him in jail, he reluctantly agrees. He knows better than to get involved with anyone or anything. He knows he should stay away from Astrid.

Yet it soon becomes clear the Slayers have hatched a new plan to destroy the dragon-kin, headed by a deadly new leader. And with Astrid as one of their prime targets, Kaden might be the only one who can stop them.
Amazon

I’ve read a lot of Fletcher’s books and I was itching to jump into this one. A brand new series and brand new characters with a plot that is engaging from the first chapter and just gets more so as you read on. I adored the world building and the characters, the dynamic between Kaden and Astrid as well as Astrid and Holly fuelled the plot in a delightful way. I was hooked from page one and didn’t want to put the book down until I could finally discover what happened. That ending left me itching for more and this is gonna be a series that I watch. Recommended for all those who love urban fantasy!