5 Facts About My Current WIP: Disability Detectives: The French Murder 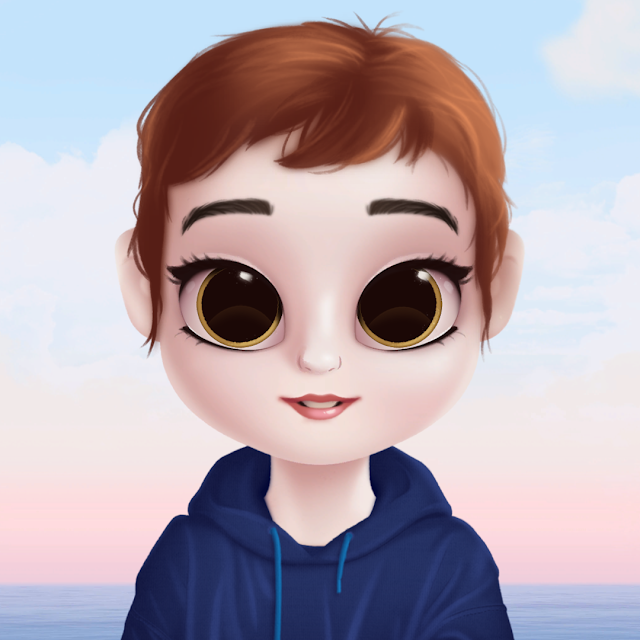 5 FACTS ABOUT MY CURRENT WIP: DISABILITY DETECTIVES: THE FRENCH MURDER

Last week I talked about my other WIP, which you can find here, and this week I thought I would give you five facts about The French Murder. I'm about 40% through both projects and loving them immensely. The French Murder is the first in the Disability Detectives series, and it's young adult crime/mystery. It's a call back to my start in writing, and I am loving getting to delve into the story and the characters, especially knowing there'll be able four books at least in this series.

So what's it about? Set in a boarding school primarily for kids with disabilities, the main character Veronica is the leader of her little group of four. She, and her best friends, have all been kinda insular when it comes to the other students. When one of the biggest bullies dies in French class, and one of Veronica's best friends, Malik, is accusing of purposefully giving him peanuts to cause a fatal reaction, she jumps into make sure that the true killer is caught and her friend's secrets stay that way.

So onto the facts!

FACT #1: VERONICA'S FAMILY AREN'T ALL THAT GREAT
Veronica has been going to Rosewood since she was eleven, at that point she'd already been diagnosed with Fibromyalgia, M.E. and severe asthma. She's been using a wheelchair since she was around that age too, and while her parents supply her with what she needs and pay for her schooling without complaint, they kinda give the impression that it's more because it would be a hassle to have her at home. They both work high powered jobs, and travel the globe, and the thought of having to trek around with hospital appointments and the like doesn't appeal to either one of them. So Veronica stays at Rosewood, and only goes home for the summer. She's pretty much okay with this, since she feels more accepted at school within her little group of friends. It does mean that bar committing a crime, Veronica can pretty much get away with whatever she likes schooling wise, her parents won't do a thing.

FACT #2: VERONICA IS THE GROUP'S BIGGEST DEFENDER
Whether that's standing up to bullies, or making sure that the police actually look for the killer, Veronica is that ride or die friend. While the truth matters to her, she's also solid in her belief that Malik could never and would never harm someone on purpose. As the truth starts to unravel and the police seem to be looking in all the wrong places, Veronica is not afraid of making her voice heard, especially when it comes to the secrets Malik is hiding.

FACT #3: SOMEONE IS LYING
It's true for a lot of mysteries and it's especially true in this one. A series of events that take place leading up to the fatal bonbon, means that Veronica and her friends, are on the trail of whoever is telling lies. There's plenty of secrets too, not all of them ones that Veronica is willing to keep. She knows Malik's motivations for why he wants to keep his secrets, and she respects them, but as for the others, the ones who might have more guilt than first appears, she'll do whatever it takes to bring that truth into the light.

FACT #4: DAISY IS THE KEY TO SOLVING THINGS
Daisy, Veronica's roommate, has cerebral palsy, she speaks using an accessibility device, and because of that most people, teachers and students alike, think that she's incapable of doing much herself. Underneath all of that, Daisy is probably the smartest of the four. She's quick to draw connections, and she's good at seeing problems and things other people might have missed. While her device has no volume control and she's not able to sneak anywhere near as much as Veronica and Jake, she's still going to do her part and make sure that she helps clear Malik's name, whatever it takes.

FACT #5: THE FOUR OF THEM WILL STICK TOGETHER NO MATTER WHAT
Bonds forged in the kind of siltation they're all in, are the kind that last a lifetime. Veronica may be the de-facto leader, but that doesn't mean that the other three don't have a part to play. Jake might be the one to help Veronica sneak around after hours, but he has his own reasons for wanting to make sure Malik's name is cleared. Daisy will work the background, and while Malik can't be involved in their investigation, he'll help no matter what. The four of them are a close knit group, and they will see this through to the bitter end.

So there we go, those are five facts about one of my current WIP, and I'll say again that I am loving getting to know the characters and planning out the other three books that are already floating around in my head. It's been a wild ride so far and I can't wait to write the rest of it!