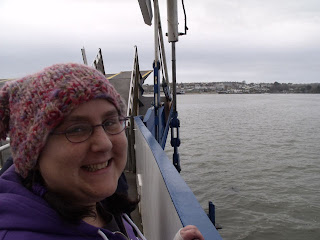 When did you start writing?
I started writing when I was thirteen, but schoolwork kinda got in the way – doesn’t it always? I wanted to be published since then, but well I never had the time because after school came college and then work and there just weren’t enough hours in the day to do everything. So I stuck to the important things, like paying my rent and putting food on the table. I was retired when I was nineteen and since then, I’ve had all the time in the world to write.
Why were you retired?
*deep sigh* The short answer to that is, I got sick. The longer answer is that I got sicker and the honest answer is, I couldn’t work anymore doing the job I did. Yes, I wish it hadn’t happened, but if it hadn’t, I wouldn’t have been writing and that is honestly what I love doing.
Is it true you share a sickness with ‘Lisa’ in Blackout?
Yes, it’s where I got the idea from, and where most of my medical knowledge comes from. I suffer from a form of brittle asthma, as well as M.E., Fibromyalgia and vocal cord dysfunction – which sounds like a lot of stuff and also sounds confusing and scary – but honestly, it isn’t. It makes my life more difficult, but it also means I now have the time to write and create characters like Tara and Tally.
Where do you get the ideas for your books?
Now, that’s a hard one because everyone finds inspiration from different places. I had the idea for ‘Blackout’ in my head for a very long time, we’re talking from when I was about fourteen and considering it didn’t get written until 2003, that’s a while! The ‘Dying Thoughts’ series actually came to me whilst shopping in Asda. ‘The Friendship Triangle’ was a book I started writing and then pulled apart and re-wrote several times until it was just the way I wanted it. The ideas form in my head and when they’re ready to go onto paper they get typed or written out as soon as possible.
How long does it take you to write a book?
That depends, purely on how long the idea has been brewing, how much research I need to do, whether or not I feel the need to write it first and then type it up or whether the idea is fresh enough for me to just sit and write it on my laptop or main computer. ‘Blackout’ was written in ten days, whereas ‘The Friendship Triangle’ took me *counts* eight years to finish!
Do you work set hours?
No, I work when I want to, sometimes I work a nine to five day, other times I’ll work for just an afternoon and I have been known to work all day and all night – it depends on how I am and what part of the book I am working on.
Who designs your front covers?
All my illustrations and front covers are drawn, scanned and designed by my best friend, B. She does it all for me and I love every one of them.
Where do you get the character names from?
*laughs* Believe it or not some of them are the names of flowers, gems, places, alcohol, I even named one character after B’s ‘Miffy’ pencil case that was on the desk when I was writing! I usually have the name of the main character in my head before I start writing, but other than that I can get inspiration from anywhere.
How much research do you do?
It depends on what the book is about, things have changed since I was at school so I had to phone round and see how the GCSE choices were being set out and make sure that everything I put was as accurate as I could make it. A lot of the medical information is stuff that I’ve learnt from my own stays in hospital or from doctors and nurses. I think it’s important to put as much research into your book as you can, because people don’t want to read it and know that something just isn’t true.
How does it feel to be finally getting published?
Scary! *laughs* No, seriously, I’m looking forward to people I don’t know having my book on their shelves, I love to hear about other people’s take on each of my books because they very rarely have the same favourite bit and it’s always nice to hear which part they related to the most.