The Trials Of A Crime Writer: Off The Wall Twists 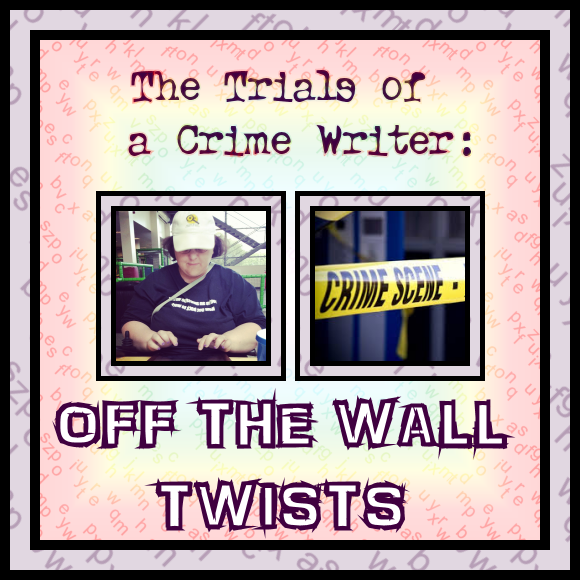 THE TRIALS OF A CRIME WRITER: OFF THE WALL TWISTS

I've been writing crime for a number of years now. My first book, Blackout, was very much a thriller, and because of that I've written some weird and wonderful twists along the way as well. Personally, when I read a thriller, I want a twist I didn't see coming, but not one that comes outta the left field and makes you feel like it doesn't actually make sense. It's one of the reasons that the ending for a thriller is very hard to pull off, no matter how much books you've read and/or written on the subject.

So how do you, in my mind, pull off a twist? I'm glad you asked! I'm gonna give you some tips, some do's and don'ts and see if they can help you while plotting, or writing, your own thriller/crime story.

#1 FORESHADOW AND RED HERRINGS
I feel like this is a huge thing. If you're leading up to a twist, there should be, no matter how minor, some kind of foreshadowing for what's coming. If you know that you're gonna have this character be the killer, then you need to make sure there are some hints along the way that maybe an astute reader will pick up on. What you don't want to do is having it turn out to be someone who you didn't even really give hints to. That just blows the twist I think.

As far as red herrings go, you can have more than one, but when reading, I like to know that there's more than one particular character who could be the bad guy. You don't want to have so many that everyone is confused, but enough that you might be leading the reader down one path, while also setting things up for the bad guy's big reveal at the end. I've seen this done really well, where I am one hundred percent sure it's a certain character and then it turn out that they're innocent and there's a reasonable explanation for all the red herrings along the way.

#2 TIMING IS EVERYTHING
If you know that you're in the lead up to the big showdown, then you need to make sure that you pick your moment to do that big reveal. Too soon and it kills the tension, too late, and it feels off, and it can lead to ruining the ending.

I like to do my big reveals when I feel the characters are all in the right place emotionally as well as physically. Sometimes in my first draft it can come off a bit rushed, but then, having worked out the beats of the story, I'll be able to go back and revise it so that it all works out, and the pacing is right too. I recently finished a trilogy and I found that the majority of the ending worked perfectly, while there was a part that needs a little bit of a lead up in the first two books, but that's fixable, so don't worry too much if you don't get it right first time!

#3 MOTIVES MATTER
I've read thrillers and crime books with certain twists that have made sense, if the character had a different motive. Sometimes you'll have a massive twist, but it doesn't really match the motive of the bad guy, it just kinda feels like the author wanted to use this twist but hadn't really thought it through. If you want to have the ending that packs a punch, then you need to make sure the motive behind whatever crime, matches the twist and the actions of the characters involved.

For example, having someone go on a revenge spree, killing those that wronged them, is fine, but if you're big twist is that it's actually someone somewhat related to the wronged party, the two don't really match up and that just leaves readers feeling a little deflated and let down because of it. So examine your motives and work out what's going to happen when you get to that twist.

So there we go, those are my tips on twists in thrillers and crime, and like I said, I've read a ton of these, and usually find myself surprised by the twist at the end. Sometimes it'll be a good surprise, and sometimes it won't be, but keeping these things in mind will help you write a thriller that has people turning the pages desperate to know what's going to happen next, and give you a twist that packs a good punch.