The Trials Of An Indie Author: A Year Off Editing 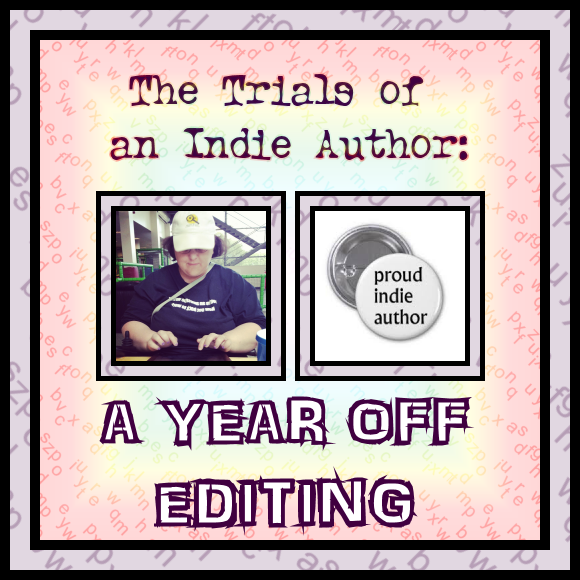 THE TRIALS OF AN INDIE AUTHOR: A YEAR OFF EDITING

As you all know, I was supposed to release a second book in October, but back in March I decided to take the year off, having decided that the book needed more time to cook and I needed a break from the rigours of editing. It was purely a personal decision, but I also know that a lot of the time, the feeling is, especially in the indie world, that we have to keep pushing to release and release and release, or risk losing our readership.

I wouldn't agree that's true, while I am still very much a small fish in the indie world, I have kept my readership through numerous hiccups along the way, and this time wasn't any different. I still have people looking forward to the book, which will be the second in the Cramping Chronicles series, and I'm still planning on going back to editing in April of 2022.

However, there is something to be said for taking a break. I was close to burned out, struggling to see the forest for the trees, and even at some points, was thinking about giving up on writing altogether. Now it wasn't anything to do with the editors, it was all me having pushed myself in 2019 to release three books and then while I dropped back to two in 2020, that year was hell for a lot of us. At the end of it all, come 2021 I was ready for a break.

I'm not one of those writers who enjoys the editing process. I never have been, and so for me, it's especially draining and I do find it hard to go through. My editing process is about five long months of back and forth with developmental, line, and finally a proofreader. It's a lot of work to take on, and because of taking that break, I've been able to refine my revision process, and work better at making sure the book is in a better place. I've also been able to spend time revising the next book in line to be edited, which has helped some of my stress levels there as well.

It's not been an easy couple of years for anyone, with the pandemic still ongoing, and on a personal note, some family stress and also being diagnosed with a new chronic condition, I've felt like I had too many balls in the air so to speak and that I had to drop some or else I was going to crash out completely. So I made the decision to take this past year and I have to say that I've not regretted it since. I even took October off revisions entirely so that I could have my first holiday in a long while.

So what have I learned during this time? Well, a couple of things, and also some small things along the way!

#1 BREAKS DON'T MEAN YOU'VE FAILED
This was something huge for me because I really was hearing that I needed to be releasing twice a year at least, to be able to stay relevant. I agonised over the decision to drop my second release, and while I had moments of doubt, whether this meant that I'd failed at being an indie author, or whether I would be able to come back as strong as I had before, I soon learned by the reaction to the news, that it wasn't a failure. It was just a break, and breaks are okay to take, no matter where you are in the publishing process.

#2 SOMETIMES YOU NEED TO CATCH YOUR BREATH
I love working with my editors, and don't have a bad word to say about any of them, but sometimes you do need to pause and catch your breath, work out how to keep moving forward, and take that time to refill your creative well and get a chance to look at the project with fresh eyes. I've spent the past few months revising a different project, while also checking in with Second Pang ready to go to the editor in April. It's given me the distance I needed to be able to look at it more objectively and work out what works, and what doesn't. I've even had time to think about it so much that I've caught things that might've popped up in the editing, and are now already fixed.

#3 THE SMALL STUFF COUNTS
Along the way I've worked out what I don't like about the editing process, I've worked out how to better cope with those aspects, and I've talked to my editors and we've been able to work on how to make everything better for everyone involved. Without that time away, it would've just been another five months of high stress for me, and I'd have ended up burned out completely.

So, while I won't be going back into edits until April, I feel like I've learned a lot about how I work and why I work that way. I may not ever actually enjoy editing, but I do feel more equipped to deal with things going forward, and that's not a bad thing.