5 Facts About My Writing Process 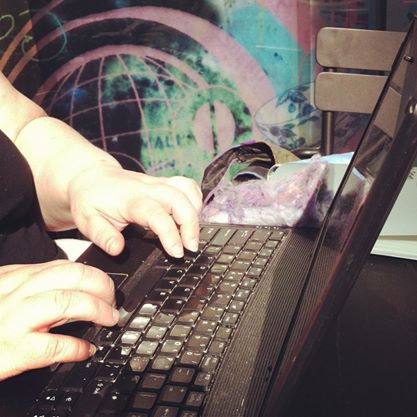 5 FACTS ABOUT MY WRITING PROCESS

I've been doing five facts about my current WIP for a long while now, but I thought that for the next few weeks I would give you five facts about different parts of the writing process for me as a writer. I thought that it would be a good way to give you all little snippets about myself, my writing, and all that goes with it. So today I'm going to be looking at the overall writing process and then from there we'll see where it goes.

FACT #1: I PANTS MORE THAN I PLAN
This is something that is pretty common knowledge, but since I keep getting new eyes on the blog, I thought that this would be a good first fact. I am someone who needs some kind of plan to keep me on track when it comes to drafting, but I can't outline in detail without losing the love for the story and any want to write it in full. I do some planning though, I'll draw up a minimal chapter plan and will have the timeline and key events that I know need to happen, and then while drafting, I'll try and stick to it, though sometimes that doesn't always work, and that's okay.

FACT #2: DRAFTING IS EASY FOR ME
I've written almost forty books now. This year will see my twentieth book published. I am now at a point where I will start to have more books in backlog than I do have out in the world. I mean that was the case when I first started publishing, but since then I have gotten faster at drafting to the point where it takes me about six months to draft two books. I don't really know what to do about that because by the time I'm fifty, going along this trajectory, I will have almost eighty books drafted and only about thirty published and that blows my mind. I've thought about taking a couple of years off to revise some more of the standalones in my backlog, but who knows if that'll happen! Drafting is, by far, the best part for me, and the part that I find pretty easy!

FACT #3: PLANNING MY TIME HAS MADE IT SO MUCH BETTER
I didn't used to be able to draft as much as I do now. I didn't use to plan my time. It was an as and when thing, like if the mood took, I would write a page here and there. We all know that I came to the planning of a chapter a day a while ago now, but I will say that when I started planning my time, and finding a way that worked for me, I did a whole lot better at writing, and the admin work that goes with it.

For a long time, I recorded my videos the day before or around the time they were due to go out. I didn't always script them, and I always would find myself playing catch up. I did revisions when the mood struck and it took me a hell of a long time to get them done. I didn't write regularly and I didn't know what to write when. I look back at some of the memories over the past twelve years or so and I realise that I was very much playing at the writing thing. I mean that for me, not everyone can plan their time because of other commitments and that's okay. But for me, I wasn't taking it seriously and it showed.

Since I clicked with a planning system that worked for me, I have come along in leaps and bounds and now I'm pretty happy with where I am. I love getting to sit down and write, but I also love knowing that as far as authortube and such goes, I have my plans in place to do everything ahead of time. It's one of the things that stressed me out a little with the weekly vlogs because I couldn't do them ahead of time, and would be having to get up super early to be able to caption them. So planning has been a lifesaver for me!

FACT #4: I'M VERY MUCH AN OVERWRITER, AND I'M OKAY WITH IT... MOSTLY
I didn't used to be an overwriter, there were books that are considerably shorter than I would write them today, but at the same time, I think we all grow and learn as we write and move from project to project. I am still an overwriter and it helps somewhat that the genres I'm writing at the moment are, usually, pretty much higher word counts, but sometimes I find that in revisions I need to cut a whole ton, and while I know that it needed to be written like that to allow me to find the story, it can get draining.

In fact there's one project that I always dread to think about revising because I know I need to cut it's length by about a third for it to work, and I just don't know how I'm going to do that without rewriting the majority of it. I think, if, like I said above, I do take a year or two off writing to revise projects, that's going to be one of the ones on my list to get done. I love the story and the premise, but it does need to be a whole lot shorter.

FACT #5: I DON'T THINK I COULD EVER STOP TELLING STORIES
I feel like this is less about my writing process and more about me as a person, but I don't think there will ever come a time when I don't want to write. Even if I did take time off, I would still be keeping one foot in the door as it were. I would still be writing in some way, even if it was only a revisions. I wouldn't want to ever stop for anything. It's been one of my biggest fears that my health will decline to the point where I'm unable to write full stop and I just can't ever see myself being okay with that.

I'm already writing with some adaptions, and I don't know just how much I could cope with losing more of my ability to write. I love what I do, love how it all works, and it wouldn't be a stretch to say that writing is very much a core part of my identity. I think it always will be.

So there we go, those are five facts about my writing process, come back next week to get five more facts about another part of the process for me!