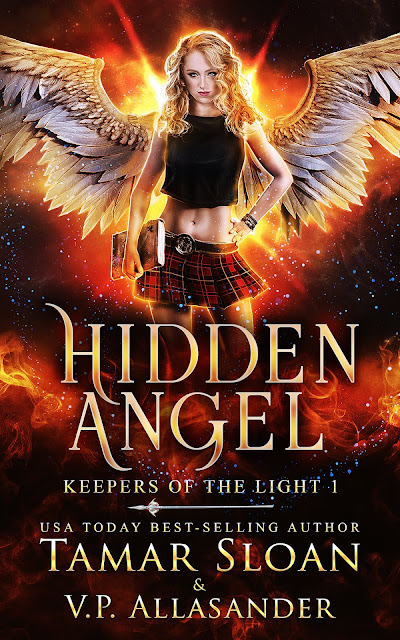 Angels and demons have battled for millennia. Their inevitable war has begun.

When Gabby arrives at Mercy Academy, she’s never been more excited. This is her chance at normality. But within minutes, she runs into cranky-pants Colt. Their resulting argument gets her on the Dean’s radar, but she can’t explain her unease about the mysterious guy.

Then, unusual things start to happen. Memory lapses. Mysterious murders. Beings with red eyes skulking in the shadows. And it turns out Colt is one of them. A demon.

When she’s attacked, Gabby’s forced to face the truth. She’s an angel. One who’s far more powerful than she could have imagined. And the academy is the battleground for the festering hostility between angels and demons, one that blurs the line between good and evil.

Gabby’s going to have to decide. Whose side is she on? How can she save others as they become collateral damage in this supernatural war? And if she’s an angel, how can she have feelings for Colt, her sworn enemy?

I picked this up having read other books by Sloan and wanting to see what she and Allasander had created, and I was blown away. The story had me hooked from the first page, and I ended up reading it in one sitting. Gabby and Colt were relatable and engaging characters that felt so real and human. I adored getting to see how things were moving, the twists and turns of the plot and the way the story all came together at the end. I very much enjoyed it and will be picking up others in this series as soon as possible. Highly recommended!