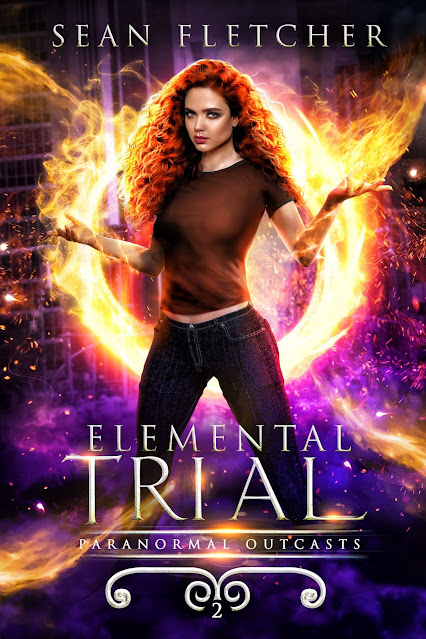 Becoming paranormal queen will be a trial by fire…
Riley’s found the elemental throne. Beat the Pack and Deathless at their own deadly game. Embraced her destiny as a paranormal queen.

That should have been the end of it, right?

Wrong. So, so wrong.

She’s barely sat down on her cold new throne before she discovers another plot to overthrow her rightful place and threaten the Outcasts. To prove herself (again) Riley has to survive an ancient trial through the Dying Lands—a lost paranormal world hidden amongst theirs, filled to the brim with magic and dangerous secrets.

Worse, Jasper is one of her opponents, forced to compete for the Deathless under the blood oath neither he nor Riley can break.

Along with her traitorous former-best friend, Riley will take on the trial to prove she’s the real deal, and not even a growing evil in the Dying Lands will stop her. Danger or not, heartbreak or not, she’ll do whatever it takes to keep Jasper and the Outcasts safe.

Even if it means giving up the things she loves most.
Amazon

I picked this up because I adored the first book and when I saw this one was out, I had to know what happened next. The explosive ending of book one prepared me for an even more thrilling ride. I ended up devouring this book in one sitting and couldn’t put it down. It was very much a case of just one more chapter, and then sadly, the book ended. I adore the world Fletcher has created and the way each character stands out with their own voice. It’s an amazing second book, and I am desperate to read the third. Highly, highly recommended to anyone who loves paranormal and urban fantasy!