The Trials Of A Crime Writer: Tropes I Love 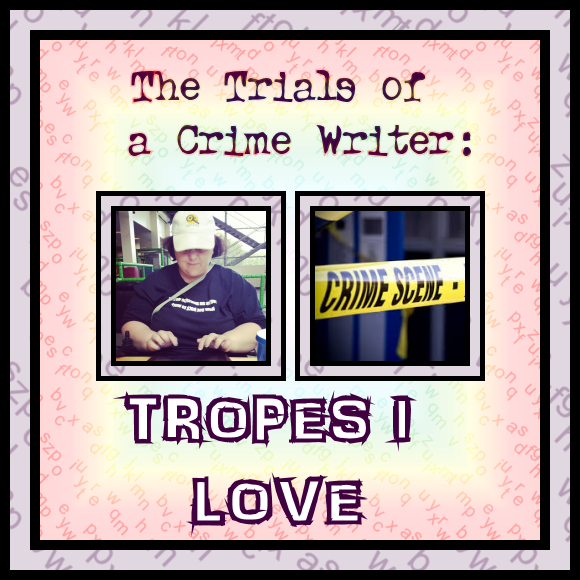 THE TRIALS OF A CRIME WRITER: TROPES I LOVE

One of the things I've really enjoyed about being a crime writer, is getting to explore tropes. You find that there are some you just love playing with time and time again. I thought that today it would be fun for me to give you some idea of those tropes that I love when it comes to dealing with crime itself. As you all know, I write a bunch of different genres, but usually, there's some crime or mystery element to the stories. I've always been a lover of crime fiction so it made sense for me to branch out into it when I first started writing. Of course, this will be with a young adult focus because I write young adult, but here we go!

#1 THE GANG OF DETECTIVES
I really do enjoy having a group of friends, never more than four or five, who like to solve mysteries. They usually always have different parts to play, and they all bring their own strengths to it. Whether that's a twosome like Tara and Kaolin, or group, like in Cramping Chronicles which isn't technically a mystery but does have those elements to it. I like a group of friends all working together, maybe even for different reasons, and solving this huge mystery. It's great fun, and it's also good to see just where the story will take you, it's one that I've written time and time again, and one that I see myself writing in the future too.

#2 THE LONE DETECTIVE
This might seem like a contradiction considering my first trope, but I also love having a character on their own, being the only one to pick up on the problems going on around them. Like a teenager thrown into the deep end with a murder, or a disappearance and being the only one who works out that something ain't right there. I adore getting to watch them grow, and learn, and pull out clues for this place and that, and be able to bring it together into a nice resolution.

#3 PSYCHIC ELEMENTS
Now if you've read any of my books, you'll know that I like writing some psychic elements to the story. Whether that's in straight up paranormal or whether it branches out into the urban fantasy, either way, I love there being some kind of unknown benefit to the protagonist. Like with Tara in the Dying Thoughts series, she had the ability to see the last moments of someone's life when she touches something that used to belong to them. It gave her an edge when it came to solving murders and the like. But at the same time, it wasn't the only way that she could approach things. Sometimes she found other clues and put things together, other times she was relying on help to get her the answers she needed. I just like there being some kind of otherworldly, or psychic part to the story.

#4 THE MENTOR
This was a big one in Dying Thoughts, with DI Mike being the one that helped Tara along her journey. I adored writing his character, the offset between him and her father, and also just being there to believe Tara and help her where he could. I don't think I've done many others where there's some kind of mentor, but I do like to have this in the story somewhere.

#5 THE TWIST AT THE END
I've put this as one rather than listing out what twists I like to write for two reasons. One, I don't wanna give away the endings of any of my books, and two, there are so many to mention that I would be here all day! I do love getting to lead the reader, and the characters down a certain path and then find out that something they didn't see coming is about to hit them around the head. I love writing twists and I adore the places that they'll take you.

So there we go, those are five of the tropes I love writing when it comes to crime and mystery. I know that some of them branch out into other genres as well, but that's how it rolls when you're a multiple genre author! If you've got some favourites, feel free to lemme know them in the comments!