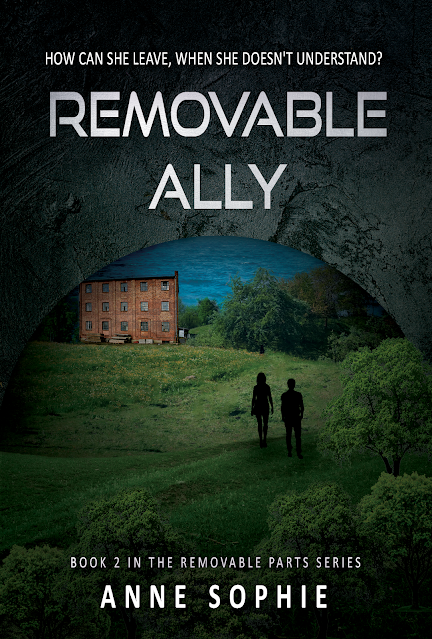 How can she leave, when she doesn't understand?

After being captured by the government, enduring torture at their hands and being sent back to her home without any memories, Mara is trapped in the same life she escaped just months earlier.
Once she ends her relationship, and finds comfort in a blooming new friendship, she feels confident enough to share her own doubts about what happened in the months that are missing from her memory. Mara is rewarded with more knowledge about her own past, and the resistance, than she ever hoped to gain.

Emily remains with the resistance, unable to forget about Mara. She dives deep into her work and thereby pushed the resistance closer to the end goal: ready to fight against the government.

As Mara is forced to leave behind her family again, she has to decide what her future without them should look like and how she will be involved in the fight of the resistance. Unsure how the journey will unravel and where it will ultimately lead her, she has to trust her new friend and her own instincts.

Meanwhile, Emily fights to find her rightful place within the resistance. When she can’t wait any longer, and breaks the rules to get her way, she finds herself in a position she never thought she’d been in: rejected and lost. Emily has to work through her emotions and conflicts, to find a reason to fight.
Amazon

I picked this up on pre-order and read it all in one sitting on the day it was released. I adore Sophie’s way of setting the scene and taking us along on the journey with Mara, Emily and Flynn. The story had me hooked from the first word and I was cheering for all three of the main POV. I wanted to know whether Flynn and Emily would ever get to save Mara, and if any of them would get closer to bringing down the corrupt and dystopian government. I adored the story with all its twists and turns and that ending left me desperate for more. An amazing second book, and a brilliant addition to the trilogy. Highly recommended to those who love dystopian.